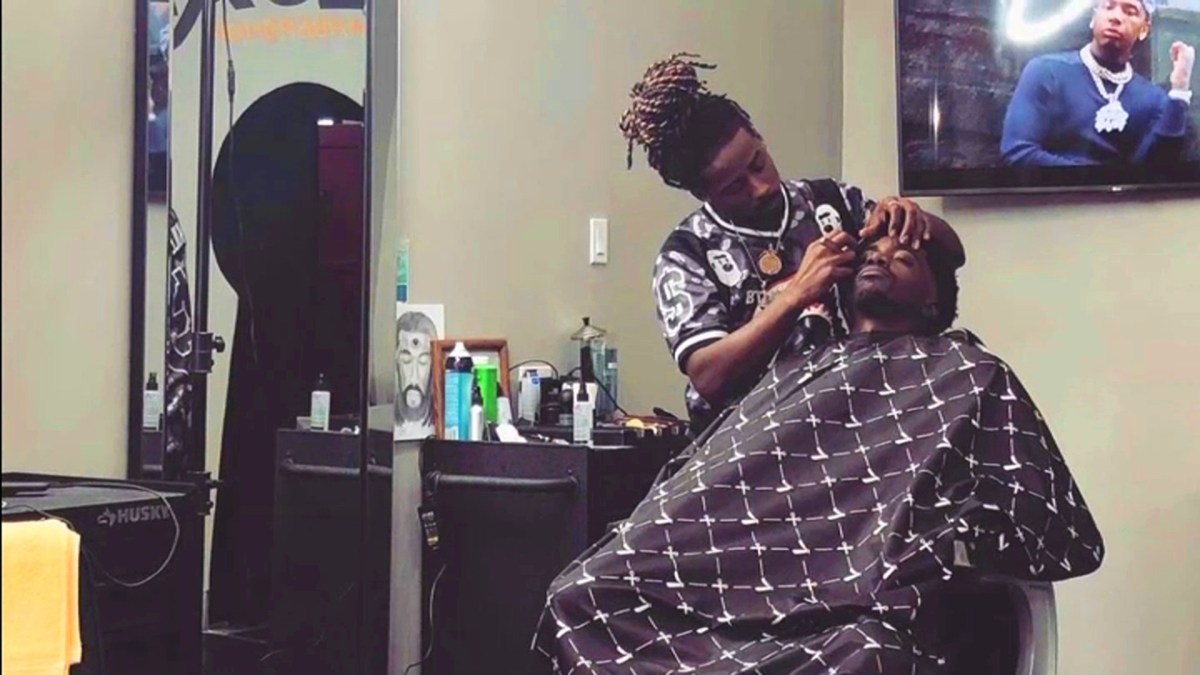 The NBA is finishing its season inside a bubble in Orlando,
Florida, and with the Warriors’ season over, there is one man there proudly
representing the Bay Area.

Sedric Salinas, a barber from East Palo Alto, just made the
cut to be there for another month.

He’s just one of six barbers hand-selected to give fades and
blends to the best inside the NBA bubble.

“It’s so surreal,” Salinas said. “Every day it still hits me
a different way.”

He talked virtually with NBC Bay Area’s Ian Cull just outside one of the two restaurants he can eat at – all players and staff are isolated from the rest of the world inside the Walt Disney World Resort in Florida.

Salinas started his journey cutting hair in his grandma’s
front yard in East Palo Alto when he was 15. Last fall, he moved to LA. After a
month of haircuts he became a barber for the Lakers.

Now, he’s an official NBA barber for the summer.

“Just to be able to know I can pick up the phone and call these guys, and they can call me whenever they’re in the Bay Area…”

Salinas is working 13-hour days six days per week and loving
it. He’s just one of two barbers at the hotel where a group of teams are
staying. He’s barbering for players like Troy Brown Junior of the Wizards who
posted a video showing Salinas on the shears.

“I get more into the industry as far as cutting ballplayers,
actors, artists,” Salinas said.

He can’t talk about specific players yet, but he just made
the cut to stay at least another month, until playoffs begin.

Like the players in his chair, his goal is to go all the way.

“I just want people to feel uplifted, and whatever it is,
chase your dreams,” he said. “Don’t let anybody tell you you can’t.”