Skip to content
The officers are on administrative leave pending the outcome of the investigation, a news release from Waycross Police said. Waycross is in south Georgia.
No one was injured or killed in the shooting, but a 16-year-old was treated by EMS for minor injuries after an altercation with officers, a release from the Georgia Bureau of Investigation said.
It is just one of four officer-involved shootings since Friday night being investigated by the GBI, news releases on the GBI website show.
The investigations into all three incidents, which occurred in John’s Creek, Norcross and Screven County, are ongoing, according to the GBI.
Waycross Police observed a car making a traffic violation around 8 a.m. Saturday and attempted to obtain the license plate information for the car, according to a news release from the GBI. Inside the car there were five minors, ages 9, 12, 14, 15 and 16. 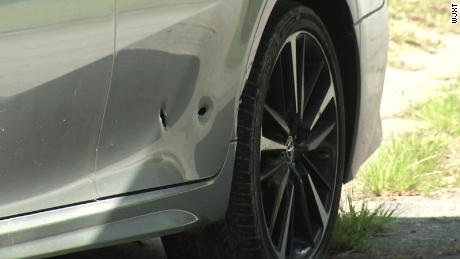 Three of the children, ages 9, 12, and 14, exited the car as it continued to move toward the officers, the GBI release said.
Officers fired shots “multiple times” at the car with the other two minors, ages 15 and 16, inside, before the boys “exited the vehicle while it was still in drive,” the GBI release said.
The 16-year-old was arrested for possession of a handgun by a person under 18, reckless driving, a stop sign violation, aggravated assault on a police officer, and driving with no driver’s license, the Waycross Police news release said.
The 15-year-old was charged with possession of a handgun by a person under 18, obstruction of an officer (felony), and removal or attempt to remove firearm from an officer, according to the Waycross Police release.
CNN affiliate WJXT spoke with Dominique Goodman Sr., the father of the children involved, and the three youngest children involved in the incident.
The five children in the car were headed back from Walmart when the officer began following them, Goodman told WJXT. The officer didn’t turn on his lights to pull them over until they reached their neighborhood, according to the three youngest children.
The older teens were scared and told the three youngest to jump out of the car and run home to get their father, the 12-year-old told WJXT. When they got out of the vehicle, the girl said the officers started shooting at them, the affiliate reported.
At least seven shots were fired by the officer, the 9-year-old boy told WJXT. “It went passed my face,” the boy told the affiliate. “I could have gotten shot in my face, but they shot the swing.”
“They shot at a car full of unarmed minors. A car full of unarmed children. Like who in the world can’t see that this is a 9-year-old? Who can’t see that this is a child? They look like children,” Goodman told WJXT. “They are babies. What was the purpose of the shooting?”
Goldman heard the gunfire and saw the children running toward the house screaming for help, WJXT reported.
“We go in the back, we open the door, we see my 9-year-old, my 12-year-old and 14-year-old running from the police behind them, gunshots coming behind them,” Goodman told the affiliate. “We go down the street and we see our 15-year-old and our 16-year-old on the ground.”
The children were coming home to pick up Goodman, he told the affiliate. They were all heading to a football tournament in Jacksonville that two of the children were scheduled to play in on Saturday, WJXT reported.
“This is a good neighborhood. All the neighbors are basically kin. To hear gunshots in this neighborhood and to see that it’s our kids being shot at, at everybody in the neighborhood knows our kids. They know they’re not bad kids,” Goodman told WJXT. “Our kids almost lose their lives to go to a football game? Man, that’s crazy. That’s crazy. Almost lost their lives going to a football game.”