President Trump said Tuesday that his relationship with Chinese President Xi Jinping has grown strained as a result of the novel coronavirus pandemic.

“I used to have a very good relationship with him,” Trump told OutKick host Clay Travis in an interview. “I like him, but I don’t feel the same way now.”

He said his relationship with Xi began to fray amid the outbreak of the virus, and in his latest remarks Trump revealed he hasn’t spoken to Xi in a “long time.” 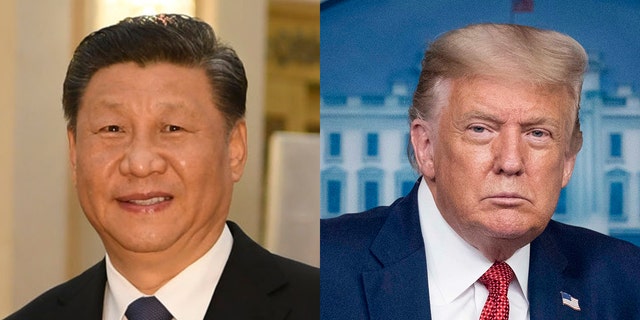 Trump, who is seeking reelection this November, said that the situation surrounding the progression of COVID-19 is worse than the conflict between the countries over trade.

TRUMP FIRES BACK AGAINST CHINA’S ‘MASSIVE DISINFORMATION CAMPAIGN’ ABOUT CORONAVIRUS

“I didn’t like what took place,” he said. “This is a thousand times the trade deal what happened with all of the death … the world had to shut down, it’s a disgrace what happened.”

The virus was first detected in the central Chinese city of Wuhan late last year and has been linked to a wholesale food market where wild animals were sold. Scientists think it likely jumped from a wild animal such as a bat to humans via an intermediary species, possibly the anteater-like pangolin.

More than 20 million people worldwide have been infected, and about 163,500 in the U.S. have died, according to data from Johns Hopkins University