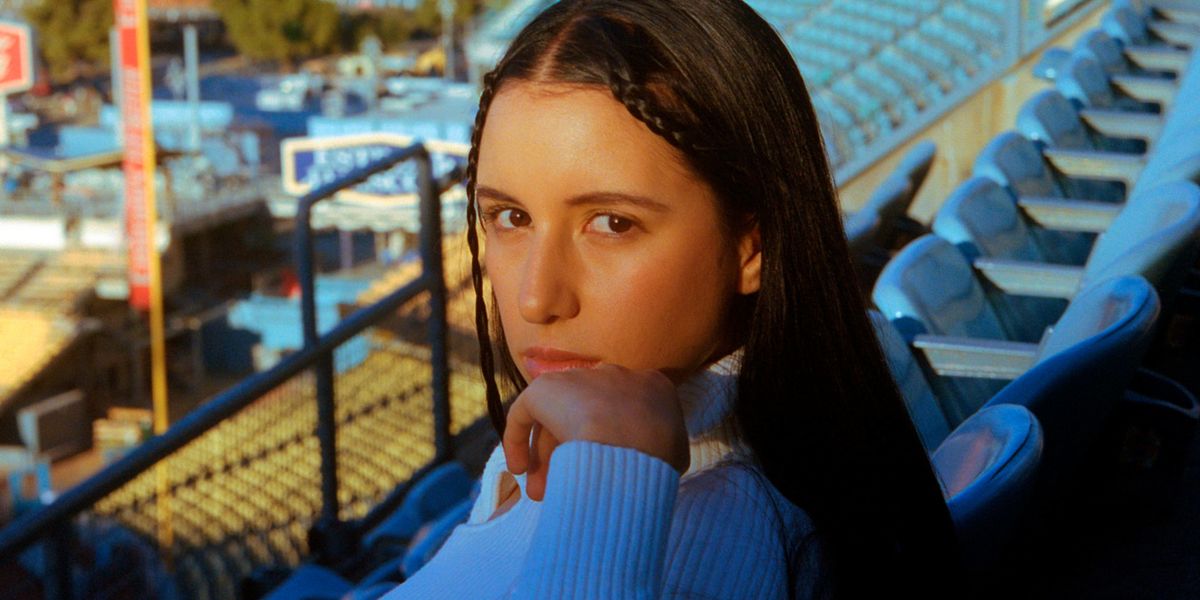 “I’ve never been one thing,” Loyal Lobos says of her divergent music, as an artist who is no stranger to blurring categories and expectations. After all, the Colombian singer-songwriter (real name: Andrea Silva) has been doing so for the entirety of her career.

Cocteau Twins-esque synthesizers surround folky storytelling on “You Were Bored,” the latest single off Everlasting, her full-length LP released this month. Silva has successfully created her “own space” on the project, which allows her to combine elements of genres she never felt equipped to partake in. “I felt I was too not-American to do folk music, and not Latin enough to do Latin music,” she explains of the vivid album, which presents tales of discovering sexuality and femininity alongside stories of love and loss.

Silva’s diverse influences can especially be heard on the heart-rending, shoegaze-infused ballad, “You Were Bored,” and its equally dreamy visual, premiering today with PAPER. “Another anecdote in your book of friends,” Silva sings in echoes, as a haunting folk arpeggio is put on full display. “Guess there’s only me to blame/ Say you’re a hero it’s ok.”

Silva tells the story of a friendship’s turbulent end — a breakup she explains can be just as intense as any romantic loss. “[‘You Were Bored’] is a letter to a forgotten friend,” Silva says. “You can love and hate someone at the same time, and the song plays a combination of emotions that come when you decide to walk away from someone’s life. Sometimes friend break-ups are as difficult as losing a romantic partner.”

The video is composed of five individual scenes, depicting Silva in dollhouse-like settings with miniature furniture, utensils and decorations. The camera focuses in on minor details wherever Silva is, from lamps to ceilings to ceramic angels, with lucent rooms and picturesque sunsets lighting the way as she goes from scene to scene. “You did it cause you were bored,” Silva realizes in the track’s final stanzas. “I know it’s cause you were bored.”

Director Zach Madden worked extensively with VFX Artist Louis Celano to create the visual. “The video started out as an idea that could be shaped into a COVID-19 safe production consisting of building miniature sets by myself in my garage, and then shooting the whole project with only four people for the miniatures, and shooting Andrea separately on a stage,” Madden says. “In pre-production we settled on five different scenes, with each one having the landscape and effects slightly different and increasingly more surreal until we end up with our final live action scene.”

Growing up in the Colombian countryside, Silva didn’t hear contemporary music much in her youth, as her childhood memories featured a soundtrack of traditional Latin folk and rock from her father. At the age of 18, Silva moved to Los Angeles, where her musical taste began to expand. She was then exposed to various genres, eras and artists such as Kanye West, Tame Impala, and folk icons Elliott Smith and Karen Dalton.

The genre-bending Everlasting is Loyal Lobos’ follow-up to her 2018 EP, The Fall. It features contributions from Teddy Geiger, a fan of Silva’s music, who served as its executive producer. Everlasting currently boasts thousands of Spotify streams, with “You Were Bored” accumulating more than 28,000 listens.

From Your Site Articles