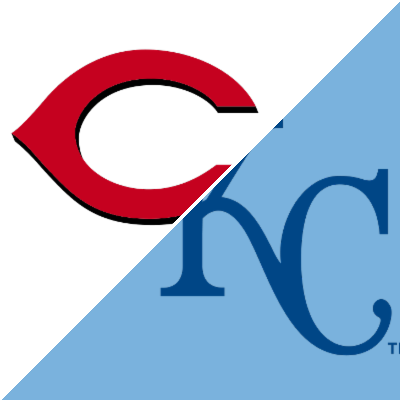 Rested or rusty? That is the question.

The Cincinnati Reds flew to Kansas City early Tuesday morning for a two-game series beginning Tuesday night after not playing since Friday. Following the Reds’ 8-1 victory over the Pittsburgh Pirates on August 14, the team announced an unidentified player had tested positive for COVID-19 and the remaining games of that series were postponed.

The Reds were scheduled for an off day Monday, but it was after 11 p.m. ET on Monday when they found out the trip was on.

How a team reacts after a COVID-related shutdown is part of the new normal for 2020. All the teams that have missed multiple games are treading water upon their return.

The Miami Marlins are 7-6 in 13 games after not playing for eight straight days early in the season due to multiple positive tests on their team. The St. Louis Cardinals are 3-2 after coming back from a 17-day absence for the same reason.

The Phillies, who didn’t have any players test positive, have split 14 games since they had multiple games postponed because of proximity to the Marlins in the season-opening series. Until Saturday, the Reds were the only National League Central Division team not to have a COVID-related postponement.

The Reds and Royals split a two-game series in Cincinnati a week ago.

The Reds will send Luis Castillo (0-2, 3.91 ERA) to the mound against the Royals. Castillo started against the Royals a week earlier but took a no-decision after giving up one earned run on seven hits in six innings, walking two and striking out five. The bullpen gave up the lead late before the Reds won in 10 innings.

“I think he has the ability, because of the type of hitter he is and the position he puts himself in to hit,” Reds manager David Bell said. “(He’s) able to hit anything that’s over the plate, whether it’s a breaking ball, fastball, coming out of a left-handed pitcher’s hand, a right-handed pitcher’s hand and it really doesn’t matter right now.”

The Royals will send Brad Keller (2-0, 0.00 ERA) to the mound against the Reds. Keller pitched six scoreless innings in Cincinnati in a 5-4 Kansas City victory Aug. 12. That was his first appearance against the Reds.

So far in 2020, Keller has not allowed an earned run in 11 innings over two starts. He’s walked five and struck out 10.

Keller is also back in his familiar role as the ace of the staff after missing the start of the season recovering from a positive COVID-19 test.

“That’s what you want to be as a starter, an innings-eater,” Keller said. “You want to be the guy to go out there and put in seven or eight innings. After getting shut down (early) last year (because he reached his innings limit), I wanted to show them that I could put the innings on my arm. It’s a confidence thing going into it.

“Walks got me (last year), raising my pitch count quite a bit. During the break we had between spring training and now, I worked on my mechanics a little bit so that not so much is going on. I feel like I can see the strike zone better.

“I feel like my body has been able to respond pretty well.”