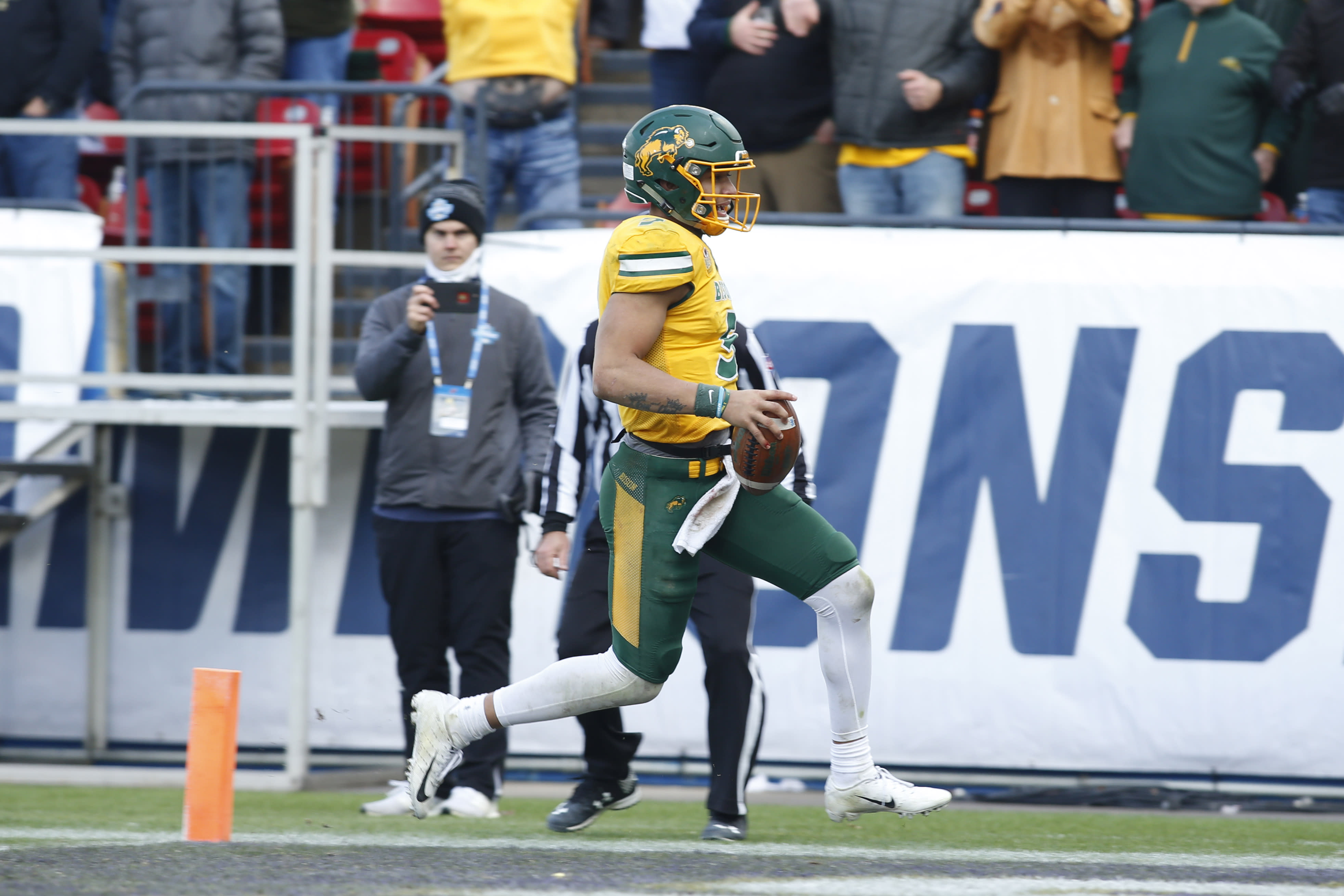 If you thought last April’s NFL draft was odd, it was only the beginning.

The 2020 NFL draft was conducted entirely out of commissioner Roger Goodell’s basement as the league went 100% virtual to combat the spread of COVID-19. The hope at the time was that with social distancing, face coverings, and advancements in vaccine and therapeutics research, the college and NFL football seasons would be saved from the fate suffered by the NBA, NHL, and MLB. Unfortunately, that hope has since waned.

Sure, the NFL season is scheduled to kick off on time, but the same can’t be said for the college game. Two of the Power Five conferences (Big-10 and Pac-12) have already postponed the start of their seasons to the Spring, while smaller conferences like the Missouri Valley Conference have done the same.

Why is the Missouri Valley Conference worth mentioning? Well, it’s the conference that North Dakota State plays in, and the Bison offense features quarterback Trey Lance, who’s projected to be a top-10 pick in the 2021 NFL draft.

So, yeah, even the postponement of FCS play will have a massive impact on next April’s draft process. Top prospects aren’t playing football. And if they aren’t playing football, there won’t be any recent tape for scouts and general managers to grade. And if the tape (recent tape) is taken out of the scouting report equation? Front offices will be throwing darts at draft boards by the time Day 2 rolls around.

But fear not Lance Truthers! In a strange and bizarre (and unprecedented) twist, Lance WILL play a game in 2020.

North Dakota State has agreed to play Central Arkansas on Oct. 3 in what’s being dubbed a showcase game for Lance and his draft stock. He’ll get to practice with his teammates during the fall in preparation for the game, which will keep his arm and legs in game shape, and essentially play what amounts to a scrimmage for scouts to dissect.

This could have a trickle-down effect for the Bears, too. If the winner of Chicago’s quarterback competition doesn’t inspire much confidence this season, the Bears will be in the 2021 first-round quarterback discussion. It’s unlikely they’ll be bad enough to land Clemson’s Trevor Lawrence or Ohio State’s Justin Fields, but Lance? He could be within striking distance if they fail to make the playoffs.

Would Ryan Pace, or any general manager for that matter, feel comfortable picking a quarterback with one game on his 2020 resume and just one full season as a starter before that?

The quarterback position requires an element of risk-taking, but buyer beware.