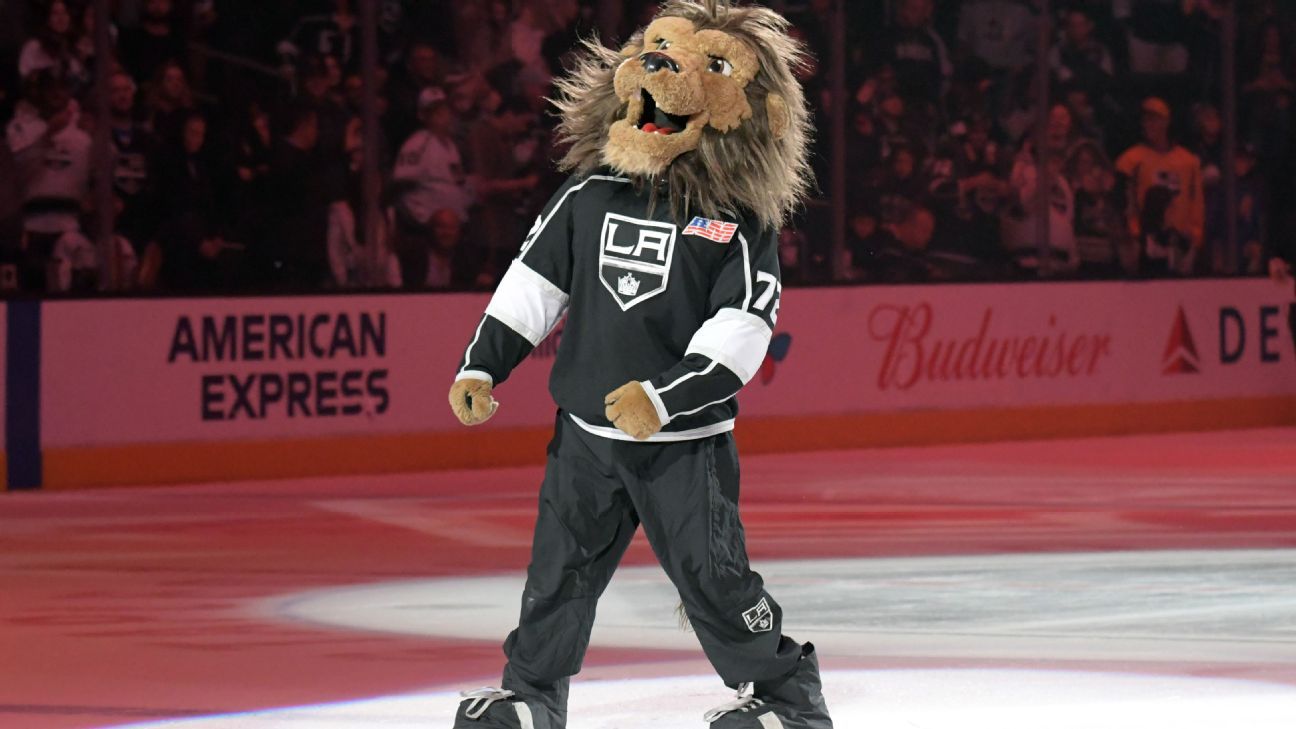 The Los Angeles Kings have terminated the contract of Tim Smith, who portrays their mascot, Bailey the lion, following a sexual harassment lawsuit filed during the summer by a former member of the Kings Ice Crew.

“We are not in a position to provide further details or comments on this matter due to pending litigation,” the team said in a statement. The Kings had suspended Smith in August pending an investigation.

Along with being the mascot, Smith was the team’s senior manager of game presentation and events, overseeing the Ice Crew.

TMZ Sports reported on Aug. 14 that a woman who was hired for the Ice Crew in 2018 had filed a lawsuit against Smith, the Kings and team owner AEG, and was seeking more than $1 million in damages.

According to the suit, the woman alleges that Smith sexually harassed her verbally and physically, and when she protested the behavior, Smith fired her from the Ice Crew. The suit alleges that a Kings team official asked her to return, but that the harassment continued and she eventually quit the job.

The Kings said at the time that they were “aware of the recently filed lawsuit alleging misconduct by one of our employees” and that the organization “takes these allegations very seriously and, as an organization, we believe that everyone has the right to work in an environment free from any form of harassment or discrimination.”

Smith has worked for the Kings organization since 2007. He was previously sued for harassment in 2017 by a man who alleged that Smith grabbed his buttocks during an elevator ride. That suit was settled between the parties in July 2018.