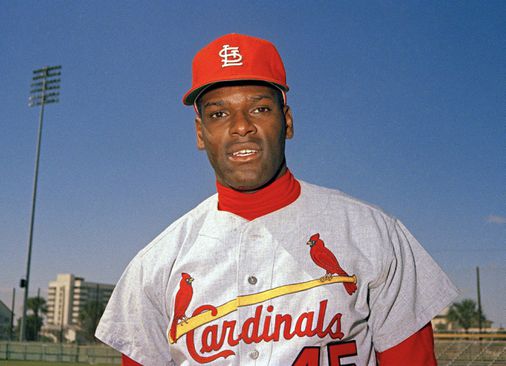 Joe Torre delights in telling a story about the 1965 All-Star Game in Minneapolis when he was a member of the National League team along with such greats as Hank Aaron, Ernie Banks, Sandy Koufax, Juan Marichal, and Willie Mays.

The National League won the game, 6-5, with Bob Gibson pitching two scoreless innings to finish it off.

Torre, who played for the Milwaukee Braves, caught the entire game. He sought out Gibson in the clubhouse afterward to congratulate him and stuck out his hand.

Gibson glared at him and refused to shake it. The righthander was not interested in being friendly with any hitters from another team.

That was Gibson, a fierce competitor in any environment.

Torre joined the Cardinals via trade in 1969 and he and Gibson became close friends right up until the pitcher’s death on Friday at the age of 84 from pancreatic cancer.

“He never wanted to leave the mound,” said Torre, who firmly believes Gibson often pitched with injuries that would have put lesser men on the sidelines. “That game was his game.”

Gibson won two Cy Young Awards, made the All-Star team nine times, and won nine Gold Gloves. He was the National League’s Most Valuable Player in 1968 after going 22-9 with a 1.12 ERA. He then struck out 35 of the 101 batters he faced in three World Series starts against Detroit including a record 17 in Game 1.

Gibson and other pitchers so dominated that season that it compelled Major League Baseball to lower the mound 5 inches to give hitters a better chance. Gibson was outraged but won 20 games in 1969 and struck out 269.

The World Series brought out his best. Gibson was 7-2 with a 1.89 earned run average in nine starts, helping pitch the Cardinals to a pair of championships.

It was Gibson who broke the hearts of the 1967 “Impossible Dream” Red Sox, beating them three times in the World Series. He allowed three runs over 27 innings, winning Games 1, 4, and 7.

“A great pitcher, Gibson,” Red Sox star Carl Yastrzemski told the Globe’s Clif Keane after Game 7. “He’s the type of pitcher who can beat you with bad stuff, he knows so much about his work.”

Gibson had another, more tangential, connection to Boston. He was a baseball and basketball star at Creighton University in his hometown of Omaha, Neb. Gibson’s first baseball coach at the school was Bill Fitch, who went on to become a noted NBA coach including a stint with the Celtics from 1979-83.

Gibson also played briefly for Harlem Globetrotters before turning his attention to baseball.

At 6 feet 1 inch, 190 pounds, Gibson did not have an intimidating stature on the mound or a fastball that compared with those thrown by Koufax. But he cowed hitters with fastballs thrown up and in followed by a fastball or slider that painted the outside corner of the plate. His approach was based more on location than velocity.

Gibson didn’t feel he owned the entire plate, only one side of it. Any hitter who tried to encroach on that side by leaning over too much would quickly get pushed back.

“I’d have to stand them up a little,” Gibson once said.

Gibson’s death came at nearly the same time the Cardinals were eliminated from the playoffs by the San Diego Padres.

Cardinals ace Jack Flaherty, who started the game, had gotten to know Gibson in recent years and considered him a mentor.

“All I can say is I’m incredibly thankful to have had a relationship with him and to have learned what I learned from him,” Flaherty said. “To have been able to talk to him and ask him for advice and for different things … I just want to send my thoughts and prayers to his family and everybody who was close to him. He was a legend, first and foremost.”