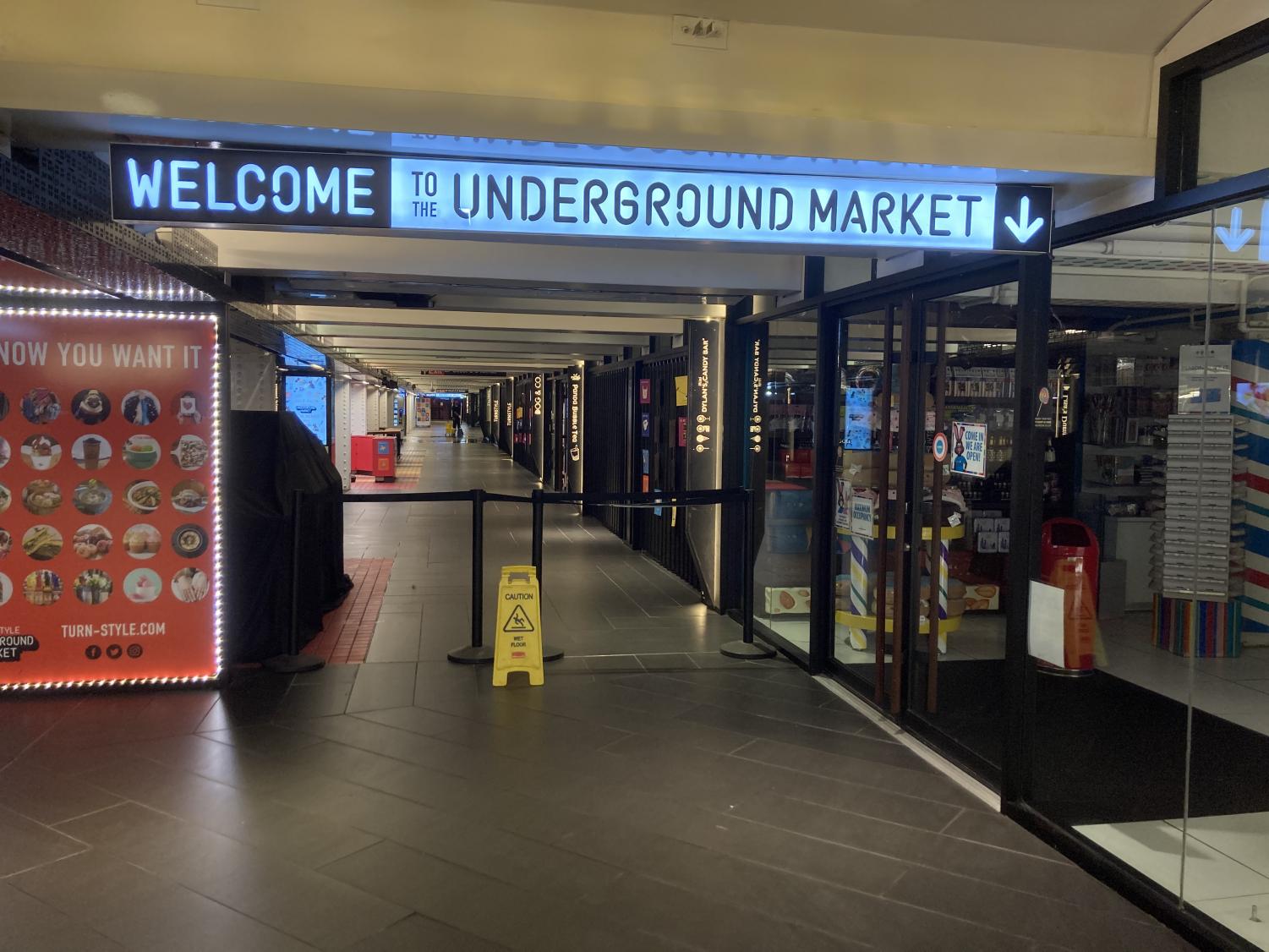 As COVID-19 cases have stabilized in New York City for the past several months, various industries have gradually begun to reopen. Restaurants have been slowly coming back over the past few months, aided by outdoor dining and, more recently, partial indoor dining. Now the Underground Market at the 59th Street-Columbus Circle train station is among their ranks.

When I was on campus back in late August for orientation training, the absence of the Underground Market, also known as Turnstyle, felt almost dystopian. The Underground Market did not simply have closed storefronts — the entire area was literally locked down as if it were in a cage. Combined with the similar disappearance of nearby Fluffy’s, the burden that this pandemic has put on so many small businesses became something I could relate to personally.

Merchant’s Gate had a paper taped up saying they closed March 16 out of concern for COVID-19, and the letter ends saying they “can’t wait to see you all again soon!” The sign on Champion’s Pizza said they would be temporarily closed for two weeks and reopen on March 30. Both are physical reminders of how naïve we were when this crisis began.

However, many businesses in the Underground Market have yet to reopen. Closed locations include Pasta by Hudson, which opened a new location in Chelsea; the Taiwanese restaurant Zai Lai; Arepa Factory; Mulberry and Grand; Chick’nCone; Hotel Chocolat; and Bolivian Llama Party, which still has a location in Sunnyside Queens.

The most tragic places I saw were Merchant’s Gate and Champion’s Pizza. Merchant’s Gate had a paper taped up saying they closed March 16 out of concern for COVID-19, and the letter ends saying they “can’t wait to see you all again soon!” The sign on Champion’s Pizza said they would be temporarily closed for two weeks and reopen on March 30. Both are physical reminders of how naïve we were when this crisis began.

Besides the loss of actual vendors, there is also no seating available. While it’s possible that seating may return with the partial reopening of indoor dining, the lack of seats does sully the vibe and makes the area feel more like a hallway than a place of commerce.

While it is very unfortunate to see all of these businesses closed, it is important to remember that these closures may only be temporary. I saw for myself how Black Iron Burger is in the process of reopening. Furthermore, one article states that the Underground Market will not officially reopen until Oct. 15. It is possible that some of the businesses that are closed now will use this month to better prepare for reopening.

Since information about the Underground Market was scarce, I went down there to discover information myself. The first person I talked to was an employee at Dylan’s Candy Bar named Alana. Alana did not know when the Underground Market officially closed but said that it reopened on Sept. 15. The biggest change that Alana noticed is that many stores didn’t come back and that the market is a “complete ghost town” compared to pre-pandemic times, a stark contrast to Columbus Circle above.

Alana was also concerned about unmasked people experiencing homelessness, and hopes more customers will come. Alana assured me that the store is clean and wiped every hour. Dylan’s Candy Bar also has student discounts if you bring your Fordham ID.

The Facebook page hasn’t posted anything since. I reached out for comment but didn’t receive a response. In any case, this does mean that all the businesses in the Underground Market have been closed for six whole months, so one can only imagine the financial dilemma the vendors have gone through.

The last person whom I talked to was a man named Alex, the owner of a brand new place named EZ Paella. I asked Alex why he decided to open a business in the Underground Market at this point in time. Alex told me that EZ Paella actually opened 15 days before the pandemic started and was forced to close because of state orders. Alex admitted that it’s a challenge starting in these conditions due to a lack of foot traffic, but Alex feels proud to help Underground Market come back stronger. Alex and other vendors are bringing back not just the Underground Market, but the city as a whole.

Hear about the state of other New York restaurants on Retrospect: