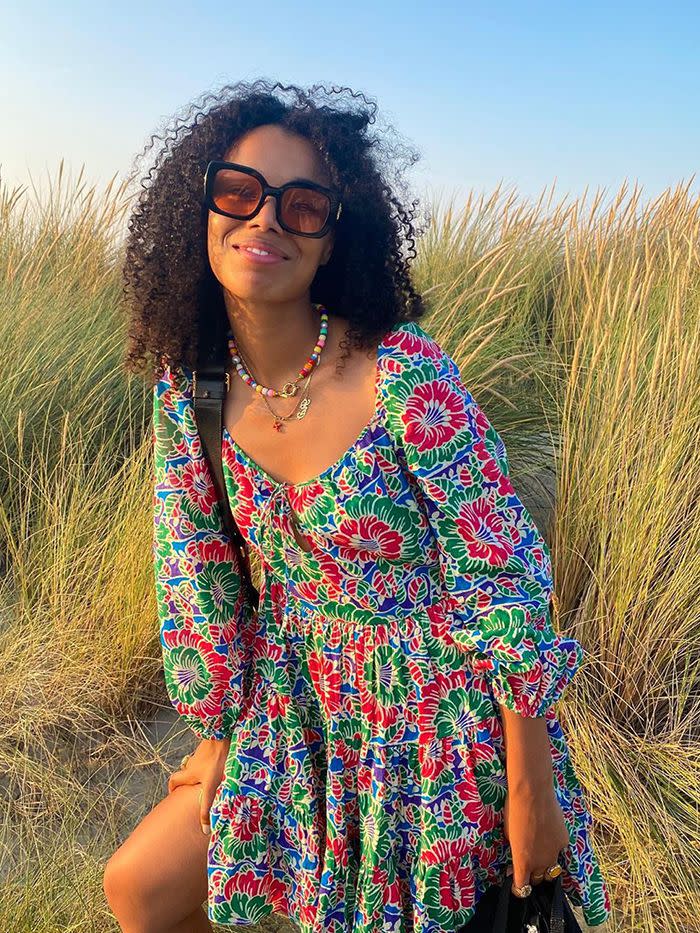 Brigid Kosgei had already proved no woman was her equal when smashing Paula Radcliffe’s longstanding world record last year. As the rain thundered down on the type of horribly wet, dark Sunday morning that warrants an indefinite stay in bed, she showed the weather was no match for her either. With a performance as dominant as anything she has produced during her career, Kosgei destroyed her rivals, striding with ease atop the rain-soaked streets to make light of the dismal conditions and retain her London Marathon title. While some way off the times she has produced in recent years, her 2hr 18min 58sec was a notable achievement, even given the continuing debate that surrounds Nike’s “super shoes” aiding her around the unique course, which required runners to complete a mind-numbing 19.6 laps of St James’ Park. For much of the race, an epic tussle had appeared in store between Kosgei and her Kenyan compatriot Ruth Chepngetich. The world record-holder against the world champion was the type of head-to-head deserving of hordes of fans clambering for a vantage point. Such a proposition was a far cry from the reality of an empty central London park devoid of spectators, who had been shut out under coronavirus protocol. For Chepngetich, the difference in conditions to her last marathon outing could scarcely have been greater. On that occasion at the World Championships in Doha, numerous athletes collapsed and almost half the field failed to finish in a race that started at midnight in temperatures above 30C and with 80 per cent humidity. It was Chepngetich who had navigated those brutal conditions best to claim gold, and with ice scarves replaced by warming gloves and ear mitts here in London, it looked for some time like she might repeat the trick. The Kenyan duo had not even reached halfway when they passed their first backmarker, handing Britain’s unfortunate Helen Davies the undignified record of being the first runner to be lapped in London Marathon history. Then, as the 20-mile marker loomed into view, Kosgei set for home and Chepngetich broke. The gap to the leader steadily increased and by the time Chepngetich turned for home she had nothing left to give. Producing the performance of her life, American Sara Hall locked the faltering Kenyan in her sights and hunted her down, eventually sprinting past to claim an historic second place in 2.22:01. It was the first time a non-African had made the London Marathon women’s podium since 2013. Chepngetich sloped in four seconds behind. There were mixed fortunes for the seven-strong British contingent, with leading fancies Lily Partridge and Steph Twell both dropping out soon after halfway. That left Natasha Cockram to claim the British title, pipping Naomi Mitchell – who managed to take four minutes off her personal best – by four seconds to finish in 2.33:19.