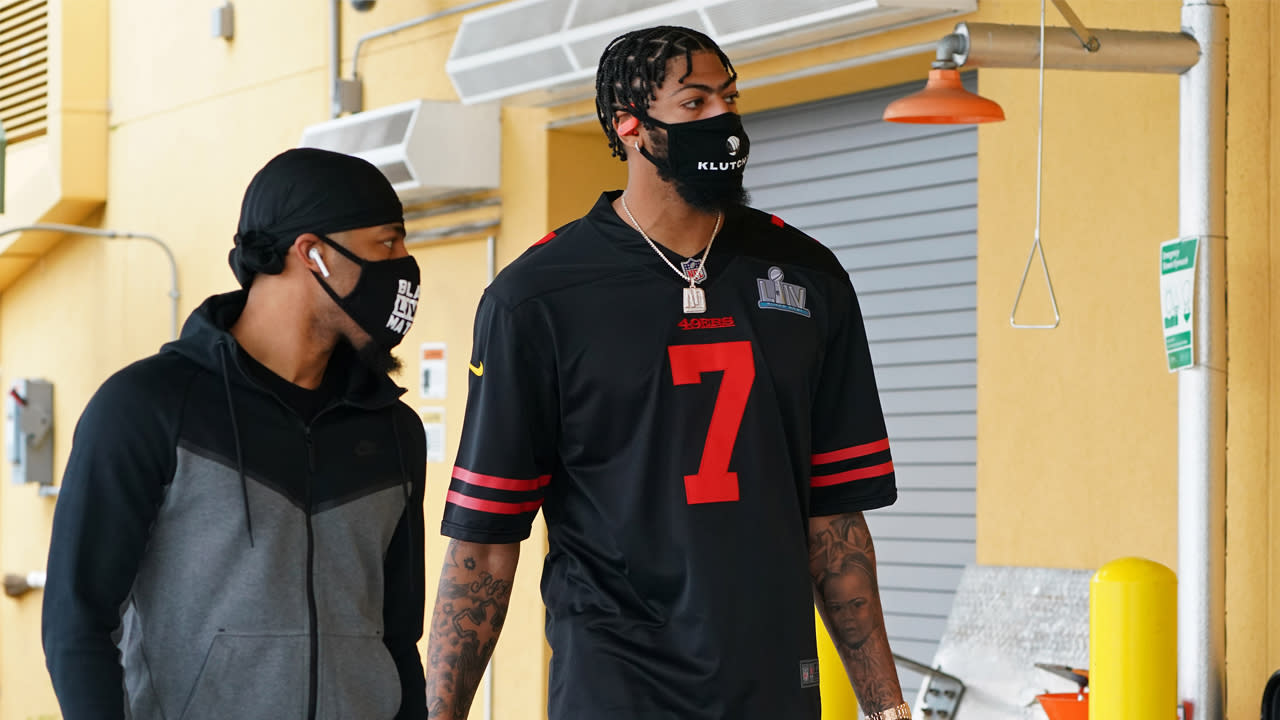 Among those fans? Los Angeles Lakers star Anthony Davis, who wore Kaepernick’s black No. 7 jersey from the QB’s former team ahead of Game 3 of the NBA Finals.

Kaepernick’s former team likely will end up as his only one, since the quarterback has been unsigned since opting out of his contract with the 49ers in 2017, following a season in which he first sat, then knelt during the playing of “The Star-Spangled Banner” before games. The 32-year-old did so in protest of systemic racism and police brutality, facing criticism from NFL commissioner Roger Goodell, team owners, then-presidential candidate Donald Trump and other politicians.

Kaepernick settled a collusion lawsuit with the NFL in February 2019, following his second consecutive season as an unsigned free agent. He currently is in his fourth. Neither a workout for scouts last fall nor publicly stated interest from teams this offseason — following the death of George Floyd, a 46-year-old Black man, in Minneapolis police custody — materialized into so much as a visit to an NFL team facility. Goodell chalked Kaepernick’s absence from the league up to “club decisions” in an interview with NBC Sports’ Peter King before the season.

Davis, 27, and his Lakers teammates joined the NBA’s work stoppage on Aug. 26. The players didn’t play games that day in protest of a police officer in Kenosha, Wisconsin shooting Jacob Blake, a 29-year-old man, in the back multiple times, paralyzing him. The protest occurred exactly four years after Kaepernick first sat during the playing of the national anthem, and it’s difficult to envision NBA players striking for racial justice had Kaepernick not led the way with his protest.

If only we could see Kaepernick wear his own jersey on the field during a game.