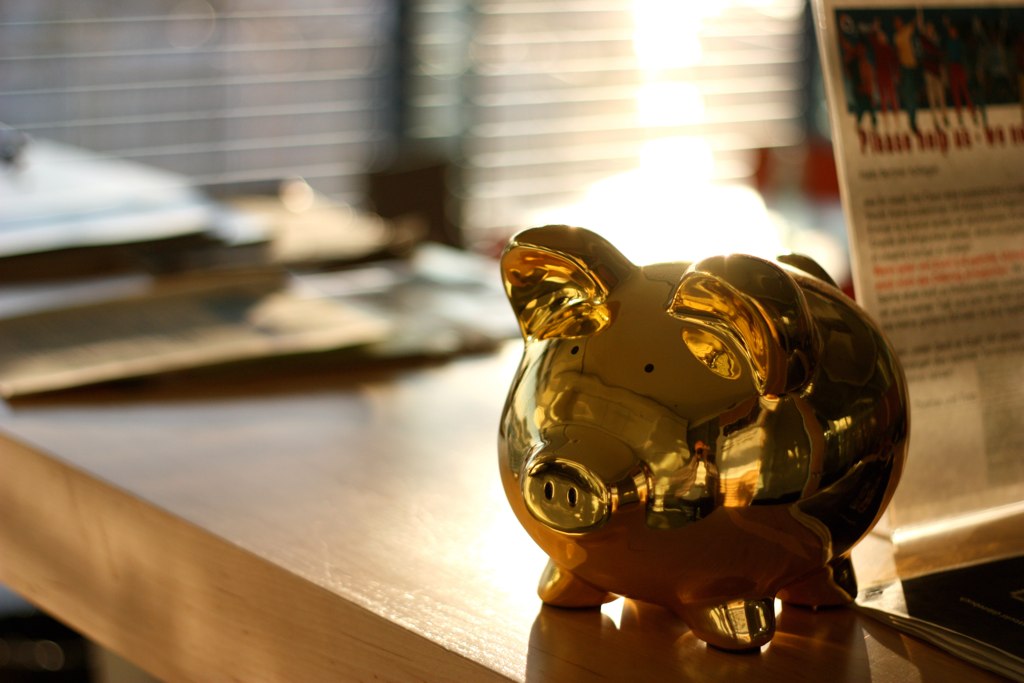 Until the COVID-19 pandemic hit, Denise Gaines had never taken out a loan for GG Bakes. After years of talking about starting a baking business together, Gaines, her sister and their mother launched GG Bakes in 2013. In Rochester, New York, they converted the first floor unit of their duplex into a certified commercial kitchen, buying used commercial baking equipment off Craigslist.

Neither had Kate Fryer ever taken out a loan for A Bead Just So, the full-service beading storefront she opened in 2013, just south of Saratoga Springs, New York. You can walk in with zero jewelry-making experience and walk out with something you just learned how to make. “I scrimped and saved, had an office job at the time and saved a ton of vacation time, cashed that out at the end and borrowed some money from my parents,” says Fryer.

Looking for help to make it through the COVID-19 recession, both owners looked at the Small Business Administration’s Paycheck Protection Program, but the loans weren’t a good fit. The program requires that at least 75 percent of each loan be spent on payroll expenses in order for the loans to be forgiven — leaving out many of the smallest businesses like both of them. Payroll just isn’t that high a percentage of operating costs, and like many other owners, Fryer had already let employees go. Meanwhile, at least 440 publicly traded companies received more than a billion dollars from the program.

GG Bakes and A Bead Just So instead turned to the $100 million New York Forward Loan Fund, partnership between New York State and an array of private funders and lenders.

Fryer used some of her loan proceeds on new inventory and pivoting into online sales, and the rest on paying rent for the storefront. Gaines used her loan proceeds on supplies to kickstart the business after a few months of almost no orders — their biggest client has been Rochester Institute of Technology, which came back this fall semester and doubled its usual pre-pandemic weekly order size.

“Ninety percent of our business was gone,” says Gaines. “Thank goodness for this loan, it made it possible to get back to where we are today. I think we will make it through the year at least.”

The New York Forward Loan Fund has focused on those small businesses that other programs haven’t. Seventy-four percent of the businesses funded so far are owned by women or people of color, and 86 percent have five or fewer employees. It’s also an example of how smaller amounts of public sector dollars can make larger sums of credit available for such businesses — in this case, $20 million from New York State made $100 million available in loans.

In its case, the New York Forward Loan Fund is supplying 95 percent of the borrowed amount. The five percent that comes from the originating lender is meant to ensure it has an incentive to approve loans only to businesses it has confidence will be able to pay it all back. With 95 percent coming from somewhere else, the idea is for the originating lender to be able to approve more loans than it would have the capacity to approve based on its own balance sheet limitations.

There is one particularly shining example of how the public sector can use loan participations to support local lending on an ongoing basis, not just during emergencies. The century-old Bank of North Dakota, the nation’s only state-owned depository institution, does the vast majority of its lending through participating in loans originated by community banks and credit unions around the state. It is a big reason why community banks have a larger market share in North Dakota than any other state.

The Federal Reserve is now using a loan participation model for its Main Street Lending Program — which is having its own challenges rolling out. So far, out of $600 billion in lending capacity, that program put out just $1.1 billion in loans to just 118 businesses as of August 31, the most recent available data from the Federal Reserve.

CornerSquare Community Capital, a new initiative launched as a result of the merger between BB&T and SunTrust banks, also recently announced it will be using a loan participation model to support lending to “racially and ethnically diverse small business owners, women, and individuals in low- and moderate-income communities, with a focus on African American-owned small businesses.”

One key strategic question for anyone using a loan participation model is who will serve as the originating lenders. A hundred years ago, when North Dakota legislators created their state-owned bank, they prohibited it from competing with the private sector — so it has always partnered with local financial institutions to make most of its loans.

CDFIs don’t use algorithms to process applications, and they have experience serving the kinds of communities and borrowers that were largely left out of the Paycheck Protection Program — especially businesses that didn’t have a pre-existing lending relationship with a bank, such as GG Bakes or A Bead Just So. Having a business bank account doesn’t necessarily mean having a relationship with the small business lending arm of a bank.

As with all their loans, each CDFI is also able to offer additional guidance and advisory services for borrowers, such as assistance with setting up for online sales. Under loan participations, the originating lender handles all the interactions with borrowers before and after making a loan, while the participating lender stays behind the scenes.

The New York Forward Loan Fund incorporated a trust as a special-purpose vehicle to do the loan participations with CDFIs. The trust secured $20 million in state funds, half from the state economic development agency, and half from the state’s affordable housing agency. It’s using that $20 million as a loan loss reserve to enable $100 million in borrowing from 11 foundations and large financial institutions.

Like many state or local emergency loan or grant programs during the COVID-19 pandemic, the New York Forward Loan Fund created a single portal for its application process. One of the five CDFIs takes the lead on originating a loan based on size or sector or other factors. GG Bakes got its loan from Accion East; A Bead Just So got its loan from Pursuit.

Building the New York Forward Loan Fund required no fewer than 21 funders, agencies, foundations and lenders to agree on a fund structure, uniform loan terms, funder terms servicing agreements and impact reporting procedures. The nonprofit investment firm Calvert Impact Capital took the lead on structuring the fund and working with all parties to finalize details. The firm is hoping to use this fund as a model for others during the pandemic and beyond.

“I feel like all the parties involved including the foundations, CDFIs, national parties, felt very motivated by the severity of the moment and just wanted to do whatever we could as quickly as possible to get something done,” says Beth Bafford at Calvert Impact Capital. “I’m curious as we look to do this in other places will that attitude be maintained.”

There’s still the challenge of originating more loans. It’s just five CDFIs that are originating loans under the New York Forward Loan Fund. There are 83 CDFIs in New York, although they don’t all do small business loans. Bafford says the fund started out working with CDFIs that can serve all of New York State. But that leaves out other CDFIs like Renaissance Economic Development Corporation or Business Center for New Americans, which have been working with small businesses in some of the hardest hit neighborhoods in New York City.

Empire State Development, which took the lead in selecting CDFIs to partner with the fund, was not able to comment by publication time for this piece.

The fund did make one recent change that may boost its numbers. At launch, it specifically sought to make loans only to businesses that did not receive a Paycheck Protection Program loan. The idea at the time was to make sure the fund would serve borrowers that weren’t able to get assistance from that program. At the end of September the program partners re-evaluated the situation and removed that restriction. It became clear that the duration of the pandemic has meant even the small percentage of businesses that did get a Paycheck Protection Program loan have exhausted those funds or soon will. About 900 additional applications came since announcing the change on September 24.

Bafford says the scale of the challenge nationwide, to preserve what small businesses are hanging on, is still something that requires the involvement of the federal government to really meet. But the Paycheck Protection Program, as many millions of small businesses it did reach, also showed the limitations of current federal approaches to support for small business, which rely heavily on traditional banks.

Oscar is Next City’s senior economics correspondent. He previously served as Next City’s editor from 2018-2019, and was a Next City Equitable Cities Fellow from 2015-2016. Since 2011, Oscar has covered community development finance, community banking, impact investing, economic development, housing and more for media outlets such as Shelterforce, B Magazine, Impact Alpha, and Fast Company.

Follow Oscar .(JavaScript must be enabled to view this email address)