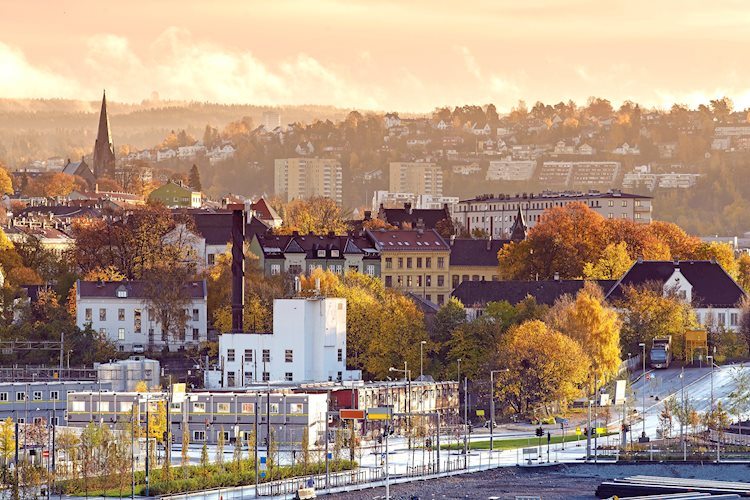 We have had a strong rebound from the crisis, from now on we expect it to be slower.

Spending, production, employment and house prices are rising quite fast.

Growth has rebounded but we expect crisis effects to be visible for a long time yet.

The economy has beaten expectations but faces manufacturing weakness and a need to limit government deficits.

It could have been much worse

Like the rest of the world, the Nordic countries suffered a severe economic crisis during the lockdown phase in the spring and like most other countries, there has been a strong rebound since the reopening began. The consequences have been severe for many businesses and workers but most of the many risks highlighted by others and us half a year ago have not materialised. The Nordic countries have been less hurt economically than many other countries, especially in Europe. We attribute this largely to the Nordics having had much less severe, and shorter, lockdowns than seen elsewhere. In particular, the Nordic countries have mostly not kept the workforce away from jobs they could not handle remotely and have mostly not created barriers for trade in goods, so production and construction have been able to continue throughout the crisis. It also helps that industries such as restaurants and hotels are relatively smaller in the Nordics, that citizens and businesses are highly digitalised and that there is a high level of trust in the government.

In our view, growth rates for the third quarter of 2020 will be high, reflecting the strong effect of reopening economies. However, there is not a lot left to reopen and it is likely to take much longer to recover the remainder of the losses to the economies, both because some restrictions will remain in place and because it will take longer to restore missing demand at home and abroad. In addition, there are renewed headwinds. First, infections have risen again in Europe and in the Nordics, especially in Denmark. While this has not led to new general lockdowns and is unlikely to do so, in our view, it has led to localised restrictions that will dampen the recovery. We are also concerned that the Nordic economies might not yet have seen the full effect of the substantial fall in income elsewhere and that there might be a delayed effect on exports. This is especially the case for Finland, where earlier big orders have kept manufacturing going but new orders are few.

There has been a strong fiscal policy response to the crisis but the loss for the government has generally been much smaller than expected in the Nordic countries and their public finances remain stronger than in most other places – although Finland will need some consolidation in the longer term. Businesses are in better financial health than could have been feared after a crisis such as the one we have seen and there has been no explosion in bankruptcies. Household finances are strong on average, as savings spiked during lockdown and house prices have kept increasing. For Sweden’s Riksbank, the crisis has created further problems in reaching the inflation target but Norway could well be among the first countries to hike interest rates after the coronavirus crisis.