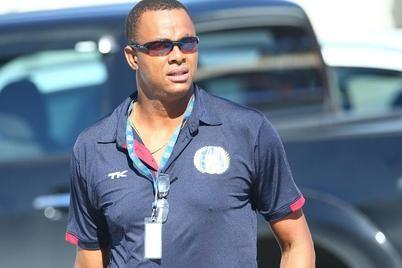 RECENTLY-APPOINTED West Indies women’s team head coach Courtney Walsh is optimistic about his new role with the regional side and is ready to put in the hard work required to turn around the fortunes of the team ahead of the next International Cricket Council (ICC) Women’s Cricket World Cup (50 overs) and ICC Women’s T20 World Cup.

The former West Indies fast bowler sees a lot of potential in the women’s team and said there is “a solid base” to build on despite the team’s recent 5-0 T20 series loss against England and poor performances at the Women’s 50-over World Cup and World T20 tournaments, earlier this year.

Walsh will be in charge of the team at least until the end 2022 and his first order of business will be to assess the current crop of players with the intention of increasing the talent pool in the region and improving the team’s consistency on the international stage.

“I think there is definitely room for improvement in all the aspects of the game and my whole strategy is to re-focus and re-energise (the players) and also work out the talent that we have and the players that we have,” Walsh told the media during a zoom press conference yesterday.

The Windies great also wants to “work out how we can improve with those players and with young players coming into the set-up” and to create “that brand that we know we can play and we used to play going back to when we won a few years ago.”

“That is the sort of thing that we need to get back and that is going to come from consistency, how we execute and plan and our strategy and how we sort of get our tactical awareness up and just everything. I’m not going to leave any stones unturned. I’m going to go right through everything to ensure that we give ourselves the best chance of improving a doing well,” Walsh added.

His immediate plans include camps to get first-hand knowledge of what his players are capable of and what work is required to get them to where he wants them to be.

Walsh revealed that he will be meeting with CWI CEO Johnny Grave and Director of Cricket Jimmy Adams today, to go discuss his plans and what the regional board can facilitate in the short term.

“I am meeting with the CEO tomorrow (today) and the Director of Cricket to find out what is possible and get a good feeling of what can be done. What I would love to be able to do is get a camp going at the earliest convenience and get everybody involved, so I can start looking at the players,” Walsh explained.

“I don’t want to just take word of mouth from other people. I want to have a closer look for myself and see where they are at and get a good guideline, or gauge of where they can go, and what work we have to do with the players. That will be the first thing on my agenda to try and get a camp or two before we go back out to play again,” he stressed.

“I think we have a good solid sort of base of players but obviously we have to perform,” Walsh continued. “Once you are on the international circuit, those teams and those players that perform consistently get reasonably good results, so that is what we have to get back to doing. When we were doing well and winning competitions and getting to semi-finals, it wasn’t just one person, the team was performing.

“One or two individuals might lead the charge but they were getting good support from the others. That is something we have to ensure we get back on track with. The talent pool is good enough but hard work has to be put in to ensure that we are ready.

“There is a World Cup coming up with the qualifiers and we have to be ready for that. Those are the big stage occasions that you have to be ready to perform on,” said Walsh, adding, “My heart is in West Indies cricket and whatever I can do to enhance and improve the standard of our cricket I am happy to do. I am excited for this opportunity and I can’t wait to get out there and get the job done.”