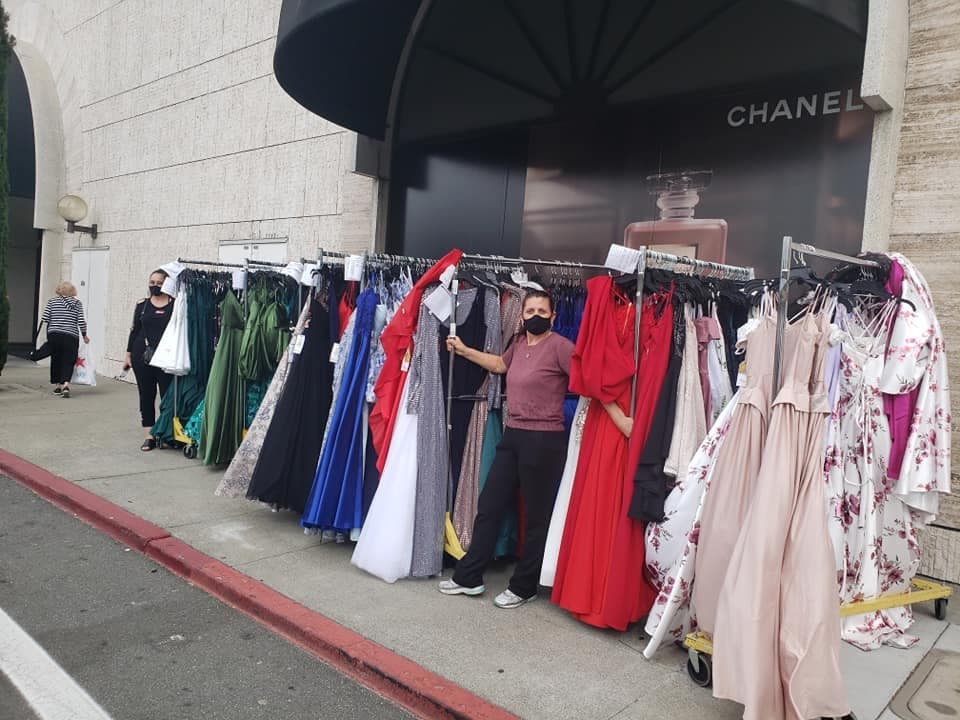 CONCORD, CA — Although a particularly meaningful rite of passage, prom night, has been put on hold indefinitely amid coronavirus restrictions, Tamra Loomis is determined to continue usual operations for her nonprofit that donates prom dresses and accessories to teen girls who’s families aren’t able to afford it.

“I’ve got dresses piled all the way up the ceiling in my living room from my couch,” Loomis said. “Everything is on hold right now, but eventually we’ll figure it out.”

The nonprofit’s motto is “every girl deserves a dress.”

Loomis, a Pittsburg resident in Northern California, has been dressing girls for prom through the nonprofit for 10 years.

Ordinarily, Loomis would be collecting dresses this time of year to sort through and prepare for prom shopping season, which usually takes place in January. Then she would typically set up shop at Pleasanton Mall, where the mall would provide a storefront for her to welcome thousands of young girls and their families to pick out dresses and accessories for the big night.

This year, Loomis said she will begin preparing for next year, unless a miracle happens.

“If everything somehow opened up tomorrow, we could make it happen,” Loomis said.

Some years, Loomis said she’s been able to orchestrate a prize drawing for a limo service on prom night.

Loomis said it’s the look on a girls face when she finds the right dress that has kept her motivated to collect dresses.

“It’s also the look on the moms faces when their daughter finds a dress. It’s a relief off the moms shoulder sometimes when they weren’t sure how they would afford a dress in first place,” Loomis said. “And they are always so grateful and appreciative — that’s what it’s all about.”

Years after dresses are matched with young girls, Loomis said the dresses are often re-donated back to the nonprofit as a way of giving back.

“Its rare that a girl comes in and doesn’t find a dress,” Loomis said. “Somehow the universe puts it into play that she finds her dress.”