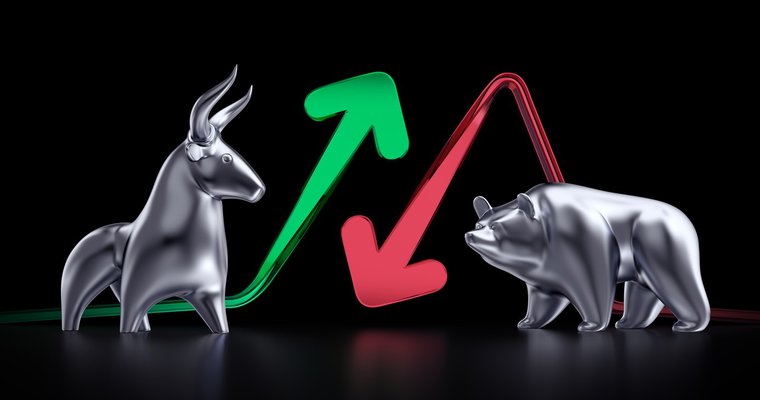 There was a lot of action in pizza brand trading last week, much of it connected to news from major leading brands’ performances.

It was a volatile week for the major publicly traded brands monitored by Pizza Marketplace, and not in a good way for Domino’s, which took a dramatic slide in value following a Q3 financial report that fell short of analysts’ estimates. Meanwhile, smaller double-pizza brand company, Rave Restaurant Group, nearly doubled in value after news of the additions of some power players to its franchise development team.

The afternoon before Domino’s stock value took a nosedive, the brand closed trading at a hefty $431.50 on Oct 7. After early morning financials made it clear that the Ann Arbor, Michigan-based company had fallen short of analysts expectations, the brand opened trading last Thursday at $396.48. By the time markets closed Friday afternoon, that value had fallen $390.96, down a relatively breathtaking $42.82 from the previous week’s close.

In a reverse version of that downward slide, the much smaller Dallas-based pizza chain, Rave Restaurant Group, managed to turn around its fortunes regarding stock value over the same period, following news the Pizza Inn and Pie Five parent company had brought on two former Bojangles’ executives, Darren Webb Dion Firooznia, to lead franchise development for the brands.

Following that news on Oct. 6, the company’s stock value gained speed to finish the week at 81 cents, up a smile-inducing 34 cents over the 41-cent value at which it closed the previous week’s trading.

For the two other pizza players monitored here weekly, Papa John’s and Pizza Hut parent, Yum Brands, it was a bad-news, good-news kind of week, with Papa John’s International Inc. finishing down $3.38 on the week to close Friday at $79.89. Meanwhile, Pizza Hut parent company, Yum Brands, picked up a little speed when it’s stock value finished the week up 32 cents at $95.49.

On the Chicago Mercantile Exchange, barrels closed at $2.06 while 40-pound blocks ended up at $2.65. The weekly average for barrels was up almost 20 cents to $2.01, while the average for blocks was up nearly 7 cents to $2.65.
The U.S. Department of Agriculture reports that nationwide, cheese inventories are tight and/or tightening, even though some customers are holding off due to current healthy market prices. But most cheese producers are confident those customers will be back when their supplies begin to run short.

Most cheesemakers report balanced milk supplies and cheese market tones have remain mostly positive, the U.S.D.A. said. There remains a large gap between block and barrel prices on the CME, but with both markets at more than $2, cheese contacts remain confident.

According to the latest outlook from the U.S.D.A., wheat supplies are lower nationally, while use is higher. Additionally, Domestic stocks of the commodity fell another 32 million bushels to 883 million bushels.

Since Monday, the national average for a gallon of regular gasoline has remained at $2.18, which is one cent less than a week ago, three cents less than a month ago, but still significantly cheaper than last year (-46 cents) at this time, the American Automobile Association said.

The U.S. Energy Information Administration said gas demand grew from 8.53 million barrels a day (b/d) to 8.9 million b/d. However, the current rate is still approximately 600,000 b/d below last year’s rate at this time, so even as total domestic stocks have fallen, pump prices are holding steady. Pump prices will likely decline as demand drops due to fewer road trips taken in the fall.

The biggest weekly increases in the past week have been in Washington, D.C. (up 13 cents), Delaware (up 8 cents) and New Jersey (up 6 cents), AAA said. Today, the average price for a gallon on unleaded regular was $2.19, equal with last week, but down a penny from last month. The same trend held solid for both mid-grade ($2.53) and premium ($2.80).

Diesel fuel prices dropped 4 cents over the last month to average $2.38 a gallon, while E85 averaged $1.98, up a cent from one month earlier, AAA reported.

Natural gas spot prices rose at most locations for the most recent report week that ended on Oct. 7. The Henry Hub spot price rose from $1.63 per million British thermal units (MMBtu) to $2.03/MMBtu over that period, according to the U.S. Energy Information Administration.