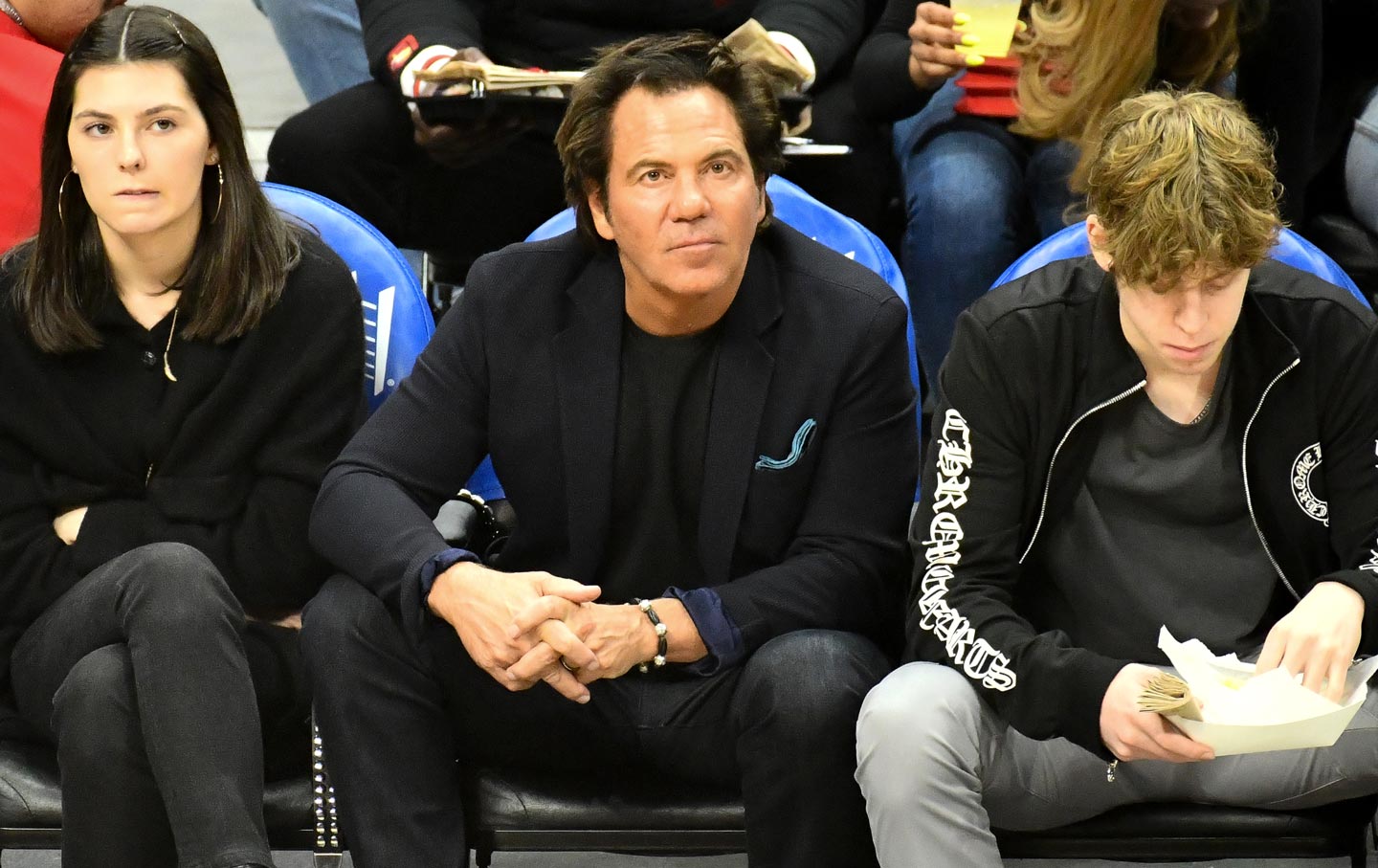 Thank you for signing up. For more from The Nation, check out our latest issue.

The Nation is reader supported: Chip in $10 or more to help us continue to write about the issues that matter.

Thank you for signing up. For more from The Nation, check out our latest issue.

Travel With The Nation

Be the first to hear about Nation Travels destinations, and explore the world with kindred spirits.

Did you know you can support The Nation by drinking wine?

The NBA has made a bold statement this summer and fall with its support for the Black Lives Matter movement. The phrase is emblazoned on the courts and on the backs of many players’ uniforms. But how much of this is is sincere and how much is just woke marketing? The NBA franchise owners (or “governors,” in NBA parlance) have been talking the talk, but do they walk the walk?

Players are certainly skeptical, knowing the amount of money these governors give to Donald Trump and the Republican Party—two entities that are building a political bloc explicitly on the idea that Black lives actually don’t matter much at all. As John Gonzalez of The Ringer wrote in a breakdown of which politicians owners choose to bankroll: “Some of the owners who purport to be allies in the fight against systemic racism and police brutality have also contributed massive amounts of money to Trump and the GOP, a president and a party that stand in direct opposition to a specific position the players want to see advanced—law enforcement accountability and reform…”

Since players explicitly want to challenge this country’s obscene and racist system of “criminal justice,” it is surprising that there has not been more of an uproar over Tom Gores, the owner of the Detroit Pistons. NBA franchise owners, if they really walk the walk, should be challenging their fellow billionaire to either divest a prime jewel of his corporate holdings or give up the storied franchise. Gores’s fortune, you see, derives in part from his ownership of Securus, the largest prison phone service in the country. Securus infamously gouges the families of those behind bars as much as $25 for a 15-minute phone call. According to the Ella Baker Center, a third of all families go into debt trying to stay connected with incarcerated family and friends, and 87 percent of those paying these fees are women of color.

Securus has also been sued for illegally recording conversations between prisoners and their attorneys. As the organizations Color of Change and Worth Rises wrote:

As recently as June, Securus settled a suit for illegally recording 14,000 privileged attorney-client conversations, a fact that was only revealed because the corporation was hacked and the recordings of over 70 million private phone calls from across at least 37 states were released to the public. Lest you think that such incidents are rare or a thing of the past, just last month, Securus was sued once again for illegally recording attorney-client conversations and sharing them with law enforcement.

These organizations just completed a successful push to get Tom Gores to resign from the board of the Los Angeles County Museum of Art. Bianca Tylek, executive director of Worth Rises, said:

“We’re glad that the museum board stood on the right side of this issue and made a decision quickly to have Tom step down. While today’s win will not bring relief to the families he preys on, it’s a clear sign that people are done with his excuses and rejecting the predatory state of the prison industry. Yet, Tom continues to prey on families across the country fighting to stay in touch with their incarcerated loved ones… As he rakes in millions off of marginalized people, Tom once told me ‘progress needs patience.’ Well, three years into his ownership of Securus, Tom has run out of time. We won’t stop until he does what’s right: meets advocacy demands for reform—not his own—and gets out of this predatory business once and for all. Tom and his wife sit on other boards, and they’re all at risk until he does.”

I asked Tylek what lesson the NBA should take from the relentless push by activists to pressure Gores. She said, “The NBA should definitely heed the swift action taken by the Los Angeles County Museum of Art as a warning that the public will not tolerate prison profiteering in their favorite cultural institutions, and sports is no exception. In fact, the way in which players have led on the issue of racial justice in the last few months should give the NBA pause about their complicity in the way Gores preys on Black and brown families through his roles in the prison industry.”

The NBA clearly has a choice to make. If the players are going to be a beacon of hope for those who suffer under the weight of the criminal justice system, they need to do more than wear slogans on their jerseys. They need to confront Commissioner Adam Silver about a team owner who is predatory toward the families to whom the NBA is supposed to be offering a modicum of hope. If former Los Angeles Clippers owner Donald Sterling could be forced to sell his team because of racist statements, then Gores needs to be called out for making a fortune on what is nothing less than racist profiteering. But it starts with the other franchise owners. If they choose to continue to protect Gores, then so much of the last six months looks more like a fraudulent effort at branding than a sincere push for the change this country so desperately needs.