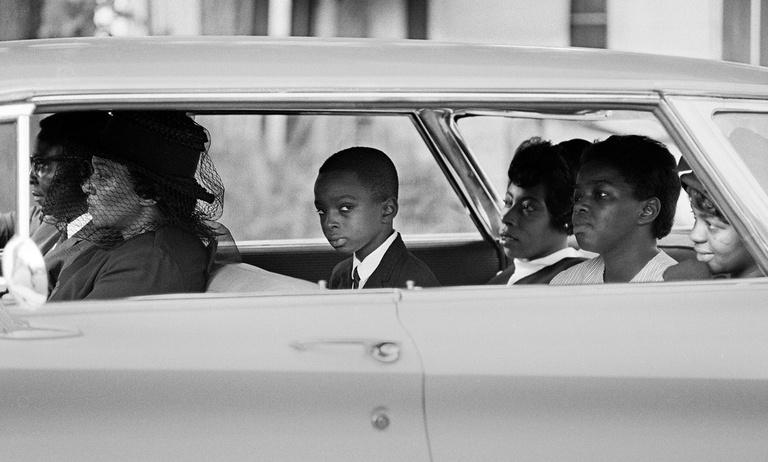 “Driving While Black: Race, Space and Mobility in America,” directed by historian Gretchen Sorin and director Ric Burns (younger brother of Ken Burns) premieres tonight on PBS, and the documentary reveals how the automobile — portrayed as the ultimate symbol of independence — has long been of particular significance to African Americans who relied on travel guides and informal networks to keep them safe and, most importantly, alive.

It’s hardly surprising that mobility for African Americans has always been restricted, from the days of slavery to Jim Crow America when “Sundown Towns” were a thing. “The Negro Motorist Green Book” became a necessary guide decades ago, and the focus on Black mobility continues in the form of recent stop-and-frisk laws in New York City that predominantly targeted Black people. Limitations on movement from before the signing of the Emancipation Proclamation has carried over, in different forms, into Reconstruction and beyond.

The documentary covers all of that and more. It’s exhaustive. But in order to chronicle this history well — as the film does — it has to be. Chronicling the riveting history and personal experiences of African Americans on the road, the film digs into the deep well of information tied to the enduring phrase — “Driving While Black” — which has roots in the everyday African American experience, told through the stories of the men, women and children who actually lived through it.

Drawing on a wealth of recent scholarship, and Sorin’s own memories of travel, “Driving While Black” begins with an examination of requisite travel during the Middle Passage, considers the limitations on movement enforced during slavery, examines Jim Crow era racism, and eventually gets to the advent of automobiles.

For African Americans, cars arrived as a refuge. In an automobile, there were no “whites-only” sections to deal with. There was no having to give up your seat to a white passenger. Essentially, it meant not having to adhere to humiliating Jim Crow laws. Additionally, cars allowed migration to industrializing cities. Visiting family was made much easier. Automobiles became a tool for employment. Civil rights activists drove around the country, preaching their points of view in person.

But that mobility came with repercussions. Businesses often refused service to Black customers or treated them poorly. African Americans could not drive through certain cities, or stay past a certain time of day. Black people who traveled — even within their own vicinity — encountered violence or faced the likelihood of death.

And although things have improved in the 21st century, the documentary reveals that it still has been geographically uneven, and there’s still quite a ways to go in terms of the treatment of Black people in America.

The police killings of unarmed Black people are a testament to this, so much that in 2017, author Jan Miles published “The Post-Racial Negro Green Book,” which is a take on the historical travel guide — but this one is a 2013-2016 state-by-state collection of police brutality, racial profiling, and everyday racist behavior by businesses and private citizens.

Sorin’s film also is a sledgehammer response to the illusion of a “post-racial” America — an idea that first gained traction with the election of Barack Obama in 2008. However well intentioned, for Black people the concept was and has been ridiculous; a perception confirmed by the rise of Donald J. Trump’s white nationalism eight years later.

Nevertheless, the historic election of America’s first Black president did represent some sort of advancement toward a distant and amorphous “post-racial” paradise. Obama’s rise marked a fundamental shift in how the country thought about race; it was the extent of that shift that fell prey to exaggeration. The information presented in the film therefore is hardly shocking, but still revealing, and goes into well-documented depth. The filmmakers’ decision to interweave the history of the automobile industry and the history of African Americans helps makes the film a riveting watch which should make anyone with common sense roil at the idiocy of racism.

The oral histories it combines with interviews with some of the country’s brightest minds makes it even more informative. Director of the Smithsonian National Museum of African American History and Culture, Spencer Crew, UCLA Professor of History Eric Avila, author Herb Boyd and many more all chime in.

And indeed, with a rich archive of material the film does just that. Skip Peter Farrelly’s deeply problematic “Green Book” and watch this instead. Sorin’s documentary provides a far more in-depth look at the significance of Victor Green’s lifesaving book, first published in 1936 and expanded over the decades, which became the bible for African American drivers hoping to find compliant accommodations as they moved around the country by car.

It’s a thorough history of the effort to restrict and shame Black mobility, and it’s a must-watch. The ability to relate to another person’s experience is how empathy is inspired. And a documentary like “Driving While Black” which is truthful and and urgent, has the power to bring about real and necessary social change.

Sign Up: Stay on top of the latest breaking film and TV news! Sign up for our Email Newsletters here.