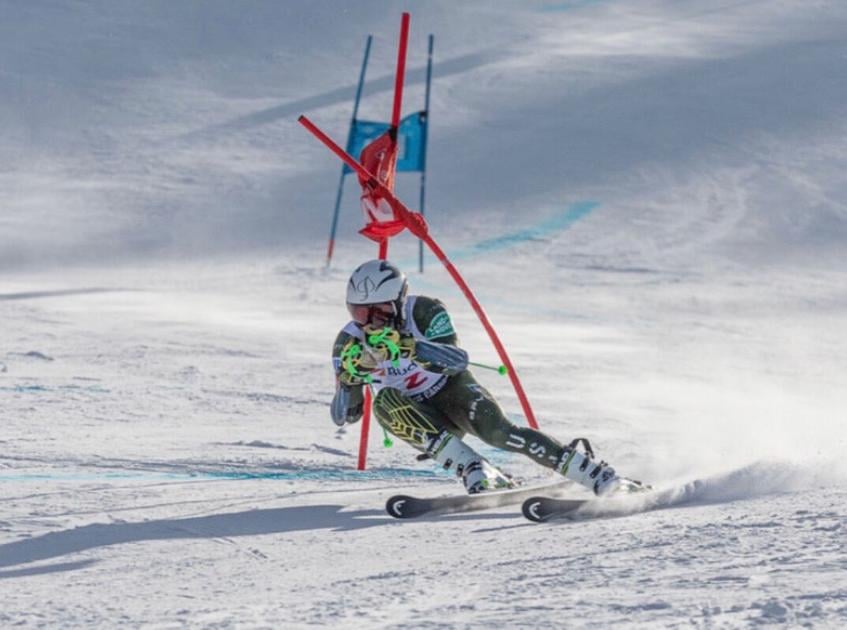 Aspen native Bridger Gile starts the first FIS World Cup race of his career Sunday in Austria, when the 2020-21 alpine skiing season kicks off this weekend on the Rettenbach glacier.

Gile, who turns 21 today, will compete in the opening men’s giant slalom, which is his best event. He won last season’s GS title en route to taking the overall NorAm Men’s Cup, which gives Gile entry into as many World Cup races as coaches deem he is ready for this year.

“I was pretty nervous when we first got to Europe about racing Sölden, but after being here and training with the guys, I feel like I’m in the right place — and I’m super pumped to race and see where I stack up,” Gile said Wednesday.

Matt Underhill has coached Gile for nine years and also overseen a core group of his close-in-age cohorts — including Cooper Cornelius, of Glenwood Springs — who emerged out of the Vail Ski and Snowboard Academy.

Gile’s family relocated from Aspen to Vail while he was in middle school so he could attend the public school academy that works with Ski and Snowboard Club Vail; that way, Gile could find pace among a talented pack that includes national team members River Radamus and Jacob Dilling, among others.

Underhill said he’s seen Gile’s confidence grow and that the athlete is coming off some “phenomenal training” with A-team members, including Ryan Cochran-Siegle, veteran Ted Ligety and Tommy Ford, winner of the 2019 Beaver Creek Birds of Prey giant slalom.

“Bridger will start getting the results and the confidence,” Underhill said. “Confidence, at the end of the day, is what carries guys the farthest and the fastest.”

The reigning men’s champion on the Rettenbach glacier, France’s Alexis Pinturault has won this event the past two years, dominating it in 2019.

According to an International Ski Federation (FIS) report, “The French athlete finished over half a second in front of teammate Mathieu Faivre and Slovenian Zan Kranjec” last year.

Many of the top dogs Gile grew up watching compete at World Cups are now potentially sizing up the new crop of up-and-comers.

“When I was super young, I would go over to Beaver Creek and watch those races. And I always thought they were cool, but I didn’t even think about racing in the World Cup until I got to slip the Birds of Prey course when I was 15,” Gile said. Slipping removes excess snow from the ­racecourse to create a harder surface.

“Once I slipped the course and saw all those guys racing it, I was like, ‘Yep — that is what I want to do when I grow up,’” Gile said.

Ford, Ligety, Cochran-Siegle, Radamus and George Steffey are the other American men starting this weekend in Sölden and the elite athletes with whom Gile now shares a training pod.

Gile’s parents, Rob and Lisa, won’t be in Sölden to support their son because of COVID-19 travel restrictions. Spectators other than those directly involved with the races are prohibited, according to FIS.

Rob Gile said Wednesday, “I’ve seen enough ski racing; somehow, it doesn’t bother me” to not attend Bridger’s World Cup debut. More bothersome, he said, was the inability of the Austrian Ski Federation and NBC Universal to reach a deal to televise World Cup races from that country.

Bridger and his teammates will spend most of their competitive season in central Europe. They arrived in Austria on Sept. 23 and are tested for the novel coronavirus every five days, Underhill said.

“The U.S. has the strictest policies in place. We are held to a higher standard than anyone else,” the coach said, though he added that the team “doesn’t feel singled out” among other nations. He also said that as coronavirus cases rise globally, “the rules are changing daily as far as who can go where.”

“You’re in the Alps and drive over the pass to Italy for a training hill. You drive over another pass, and you’re in Switzerland, [which may have different restrictions],” he said. “You really have to be mobile over here for training opportunities.”

Gile said he expected a worse reception from the rest of the world, due to U.S. pandemic rates.

“For sure when I first got here, I thought people would be looking at us and thinking, ‘Why are the Americans here?’” he said. “But it hasn’t been bad at all. I think we do a way better job of following the COVID guidelines than the other skiers on the mountain.”

Where Gile is slotted in the start order for Sunday’s race, based upon his world ranking, won’t be known until tomorrow, after teams are again COVID-19 tested.

“We don’t really know who is going to pass and who isn’t,” Underhill said.

Gile said he will be ready for ­variable course conditions regardless of when he pushes out of the gate.

“Where we are, training the snow has been icy with some soft stuff on top, so it’s been bumpy and hard — which is perfect because those are the conditions I will be racing in,” he said.

After the World Cup opening weekend, the U.S. team members will return home to Park City, Utah, for testing and more training before dispatching to Copper Mountain for additional on-snow work. The athletes are scheduled to return to Austria around Nov. 10 for a race that week in Lech.

“At the point he’s at in his career, Bridger can look forward to a lot of time in Europe,” Underhill said. “I’m trying to condition him to this. Keeping him on the road, that’s the ‘American style,’” Underhill said with a gentle laugh. “The Europeans can jet home for the weekend. Mom does their laundry, they get to see their grandmother.”

The North American-based athletes, as well as those not based in Europe, don’t have that ­luxury, he inferred.

The cancellation of the three FIS World Cup alpine events in North America this season — because of the pandemic — will extend the skiers’ time away from home, as well.

“It’s a bummer to lose any ski racing,” Underhill said. “But at the end of the day, everyone is just glad to get back to some sense of normalcy.”

“I think we are all excited to get racing again after the season got cut short and all the down time we’ve had,” he said.

Saturday is the first women’s race of the season, and the U.S. Ski Team will be without Mikaela Shiffrin, who recently suffered a back injury, for this event. Shiffrin was second in this race last year, behind teenage upstart Alice Robinson of New Zealand.

New this season from the ski federation is the “FIS Predictor Challenge,” tailored to fans who want to guess the winner of each race. Those interested can sign up at predictorchallenge.fis-ski.com.