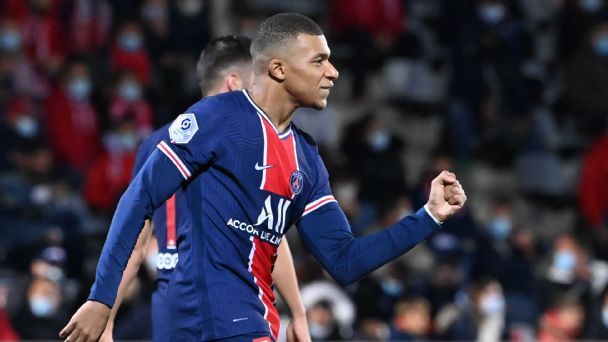 Paris Saint-Germain left it late to wrap up a 4-0 win at 10-man Nimes with Kylian Mbappe scoring twice as the French champions moved top of the Ligue 1 standings on Friday.

Mbappe opened the scoring before the break and joined Alessandro Florenzi and Pablo Sarabia in netting inside the final 12 minutes to put PSG on 15 points from seven games.

They lead Stade Rennes on goal difference after the Brittany side were held to a 1-1 draw at bottom club Dijon.

Nimes, who are 13th on eight points, were reduced to 10 men after 12 minutes when Loick Landre was red carded.