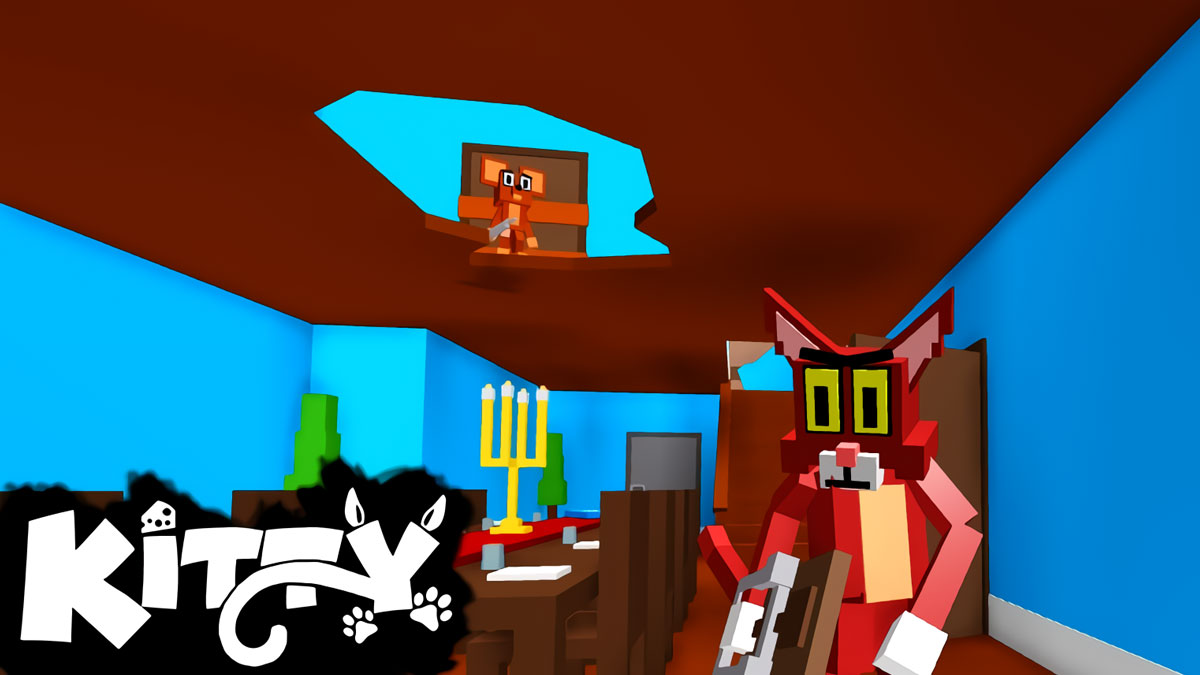 Roblox’s Kitty has just gotten a new chapter added to it that will have you running around a classroom and gymnasium trying to escape the kitty and get to the car garage. While Kitty has some similarities with games like Piggy, it really seeks to do its own thing. This can be pretty rare in Roblox, because a lot of people seem to copy and paste games without changing much of anything. They will claim they are influenced by something else, but downright copying isn’t really influence. Another nice thing about Kitty is that you can play in solo mode if you don’t want to join up with random players!

The new update includes the new Gumbomb map, which has you seeking the school garage while avoiding Kitty. You will need to get into the ventilation shaft do it, but you will need to solve some puzzles along the way. Not only that, but there’s some brand new skins you can purchase in the game, there’s some bug fixes, Impostor mode fixes, new traps, and even new weapons! This new update has it all, so if you’re a fan of the game, you’ll want to make sure to jump right in immediately.

Included in the chapter 6 update for Kitty are the following additions and fixes:

If you’re looking to get some free cheese, then you’ll be happy to know that some new codes have come out to celebrate the release of Chapter 6! You can find all of them on our Kitty Codes page.