“And if indeed there is a serious second wave, which leads to much more widespread containment measures and lockdown, then that certainly will be a big downside risk to our forecast,” says Gita Gopinath.

WASHINGTON, Oct. 17 — Global economic recovery is going to be slow as long as the COVID-19 pandemic is not under control, International Monetary Fund (IMF) Chief Economist Gita Gopinath has said, calling for multilateral efforts to contain the virus.

In a remote video interview with Xinhua earlier this week, Gopinath said economic outcomes in the second quarter have been less dire, and global recovery is expected to be strong in the third quarter. However, the momentum could slow down after that.

“We are still living with the pandemic in many parts of the world, that is going to slow the recovery because especially contact-intensive services sectors will not recover fully as long as the pandemic is not under control,” Gopinath said. 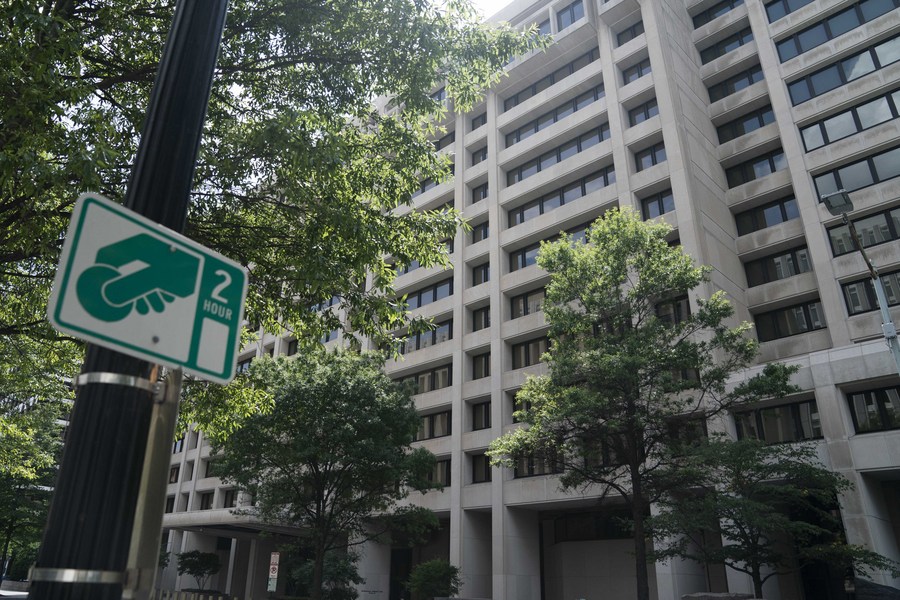 In its latest World Economic Outlook (WEO) report, the IMF projected the global economy to contract by 4.4 percent in 2020, 0.8 percentage point above the June forecast. Despite the upward revision, Gopinath said the ascent out of this crisis is likely to be “long, uneven and highly uncertain.”

There remains tremendous uncertainty around the global economic outlook, according to the WEO report, which highlighted downside risks such as the resurgence of the virus, growing restrictions on trade and investment, as well as rising geopolitical uncertainty.

“We are very concerned about possible second waves,” Gopinath told Xinhua. “And if indeed there is a serious second wave, which leads to much more widespread containment measures and lockdown, then that certainly will be a big downside risk to our forecast.”

Trade tensions, meanwhile, is also a major concern, Gopinath said, noting that this has been an issue even before the pandemic.

The WEO report showed that global trade volume is on track to shrink by 10.4 percent this year, followed by an 8.3-percent rebound next year, which seems to be in line with weakened global demand, she noted, adding that trade restrictions so far haven’t been an important factor in the contraction of global trade.

Despite that, the IMF chief economist flagged trade tensions as one of the big downside risks going forward. “You could have worsening trade tensions and investment tensions and technology tensions, and that can certainly be a hit to the global recovery,” she said.

“Countries have to be very careful not to turn protectionist, and to work closely with other countries,” Gopinath said, adding that it’s also important to reform the global trading system, with much work needed to modernize the multilateral-rules based World Trading Organization.

According to the WEO report, China’s economy is expected to grow by 1.9 percent in 2020, 0.9 percentage point above the IMF’s June forecast, making it the only major economy that will see positive growth this year.

The upward revision for China resulted in part from a better-than-projected performance in exports, Gopinath said. “The demand for medical equipment and for office equipment to work from home, that’s been high. And China’s exports have gone up because of that,” she said.

A second factor, she continued, is the strong stimulus from public investment in infrastructure. “That also surprised on the upside.”

The IMF chief economist, however, noted that the recovery in China, like many other economies, is “somewhat unbalanced,” with a slower recovery in consumption than public investment and some other sectors.

“Our view is that going forward, fiscal policy will have to pivot towards away from public investment, but towards provide supporting household incomes and social safety nets so that the recovery becomes much more private demand driven as opposed to kind of public spending driven,” Gopinath said.

Commenting on China’s role in global recovery, Gopinath told Xinhua that growth in China — a major economy — has “spillovers,” especially to its neighbors. Through global trade, China is obviously playing an important role in supplying much-needed medical equipment, she said.

The cumulative growth in per capita income for emerging-market and developing economies (excluding China) over 2020-2021 is projected to be lower than that for advanced economies, which means the divergence in income prospects between the two groups is projected to worsen, Gopinath noted.

In order to close the gap, countries should first find a way to solve the health crisis, the IMF chief economist said, stressing that greater international collaboration is needed more than ever.

The IMF estimated that if medical solutions can be made available faster and more widely relative to its baseline, it could lead to a cumulative increase in global income of almost 9 trillion dollars by end of 2025.

“The importance of multilateralism has never been greater,” Gopinath told Xinhua. “With this pandemic, unless we’re able to control it everywhere in the world, nowhere in the world will be safe, and so countries have to work together.”