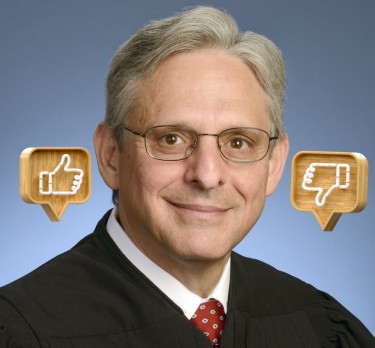 Everyone that cares about the cannabis industry, should always be interested in knowing all they can about people in key positions of power. Knowing their policies, views on marijuana, etc is often a good thing as it lets us know what to expect, and how their decisions may impact the cannabis industry.

Cannabis has enjoyed legalization and decriminalization by many state governments. However, it has not been so lucky with the federal government. Cannabis is still classified as a Schedule I narcotic drug and previous administrations going back decades have maintained that classification.

However, with each administration comes fresh waters, and there appears to be a glimmer of hope that the rescheduling of cannabis can be a reality under President Biden. This is why much attention in the cannabis industry seems to be on the President’s pick for the position of Attorney General and what it could mean for the cannabis industry. Before we head into what we know about the new Attorney General, let’s briefly look into who he is.

Who is Merrick Garland?

The name Merrick Garland is not a new name in the circle of law in the United States and you don’t expect him to be given that he is the next Attorney General of the country. Merrick Garland is a former US Appeal Court judge where he made a name for himself. It’s highly possible that you find his name strangely familiar, that’s because in 2016 he was one of the biggest debate talking points heading to the end of the Obama-era.

Merrick Garland was chosen by Obama to fill a vacant seat in the Supreme Court towards the end of his tenure. As you will remember, Garland never got to the stage of a confirmation hearing majorly because his nomination was blocked by the senate. Subsequently, Neil Gorsuch took the seat after being nominated by President Trump in 2017. Fortunes and many other things have certainly changed since 2016, power has changed hands in the Senate, and Merrick Garland is set to be the highest-ranking law enforcement official in the country.

Being the Attorney General, Merrick Garland will have much to say when it comes to enforcement of federal cannabis policy. His role and stand on the matter are even made harder and weightier now that the country seems to be divided along the lines of legalization and prohibition. Some states are opening legal markets for medical marijuana and adult-use while some are still hanging on to prohibition. The view of the majority of the populace is already known as a recent poll by Pew and Gallup Polls shows that over two-thirds of the American people are in support of legalization for adult use.

What we know about Merrick Garland and cannabis legalization

There is very little to say about Merrick Garland and cannabis from his time as a US Appeal Court Judge. One this is for certain however and that is the fact that legalization is not on his radar. This is major because he rarely had anything to say about cannabis legalization from his time as a federal prosecutor despite how big of a topic it was. There was, however, one time when Merrick Garland sat with two other federal judges on a case regarding cannabis scheduling and the DEA.

The case took place in 2012 where it seemed like Garland sided with the DEA regarding scheduling cannabis as a Schedule I narcotic. This was when he made his last public comment about cannabis. The case was between Americans for Safe Access, a medical cannabis advocacy group against the federal government regarding cannabis scheduling. The group argued against scheduling cannabis as a Schedule I narcotic with the likes of heroin and PCP as a result of the bias of the DEA and failure to weigh the evidence for the plant’s medicinal value.

Merrick who sat on that case with two other federal judges made a statement reported by the LA Times that seemed to support the DEA. He stated that “Don’t we have to defer to their judgment, We are not scientists, they are”. This statement during the proceeding seemingly helped to give the DEA a benefit of the doubt regarding the evaluation of evidence for the medical value of cannabis. The petition against the DEA didn’t eventually pass as the challenge was denied by the 3-judge panel.

Too soon to tell

2012 seems like ages ago concerning the cannabis industry and so much has changed since then. This is why this singular case in 2012 should not be used to conclude Merrick Garland’s view on cannabis legalization. Washington and Colorado surprised the world by voting for legalization for adult use in 2012 which shows how times have changed since the said case.

Also even though Merrick Garland will be the highest-ranking official in law enforcement, his pull on withholding cannabis legalization grows slimmer by the day. This was made evident during the tenure of Jeff Sessions who was openly against cannabis legalization. Despite his outright stand against legalization, he could little as the Attorney General to stop States from lifting prohibitions and embracing legalization. Fears of a federal clampdown in state-licensed cannabis companies never actually materialized as more companies grew in the industry.

William Barr is another man that suffered the same fate. As Attorney General after succeeding Sessions, he made strong actions against cannabis companies. Using antitrust grounds, he promoted harassment investigations against cannabis companies which eventually yielded no fruit for his cause. This just goes to show that the States are in control and all the federal government can do is to join the trend.

With a Democrat as President, and a Senate held by the Democrats, things have never looked better for the possibility of federal legalization of cannabis. Soon enough the topic of federal legalization will come to Merrick Garland’s table and as the Attorney General under President Biden, a lot is expected by the cannabis world; and given all indications and previous views held by these powerful figures, it’s safe to say the future looks good.

WE WANT THE KAMALA HARRIS WEED PLAN, NOT THE JOE BIDEN ONE!