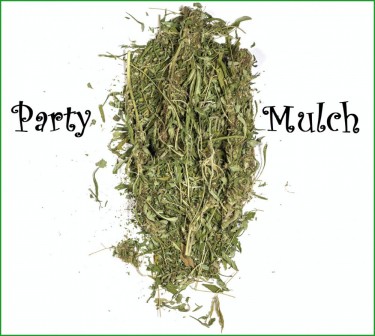 Sometimes weed can become an expensive habit. This is especially true if you are looking for high quality cannabis which in some cases can be as much as $20 a gram. Of course there are many ways that you can consume cannabis to stretch your weed such as vaporizing or smoking a pipe over a joint.

However, for those of you who live in legal states where cannabis is readily available in stores such as dispensaries – you have an additional ace up your sleeve. I’m talking about sugar leaf, popcorn buds, party mulch, B-Bud.

If you are not sure about what party mulch is, it’s the weed that gets trimmed away from the premium buds. It’s still covered with a bunch of Trichomes but looks like your regular old shwaggie street-weed. Now some of you might scoff at the idea of purchasing trim, but for the cannabis alchemist, trim is just the first step of making some hash.

Yet there’s so much more that you can do with party mulch, including just smoking fat old joints, but this article hopes to spark a movement of buying a little bit more B-bud on your next dispensary visit.

If you’re in the market of buying bulk over quality, trim is probably your best bet. Not only will you be able to purchase a lot more “product” you’ll be doing it for far less. It could be the difference of $70 to $100 depending on your location.

Due to the Accessibility in terms of cost, party mulch can be used as a base ingredient for all of your infusions. For example, you wouldn’t want to be using an ounce that cost $100+ in making cannabis infused butter. It is far more cost effective to use trim for these kinds of operations.

Additionally, sugar leaf is a perfect base for creating ice hash. With enough party mulch you could even make your own low grade Rick Simpson oil.

This one is pretty straightforward. You’ll want to start by decarboxylating the shake in an oven at 180 degrees Celsius. If you want to know what that is in Fahrenheit- just Google it. I find that when you are decarboxylating in the oven, using an oven ready jar will help preserve the terpene profile within the infusion increasing not only the aroma but the taste of the infusion.

Once you have decarboxylated the cannabis- which should take about 15 minutes – you’ll want to take a few blocks of butter with a high fact count and stir the decarboxylated weed with the butter for about 15 to 20 minutes. After that you simply strain it and keep it in the fridge.

To make your cannabis infused tincture you could use high grade alcohol and simply mix the shake with the alcohol and leave it in a dark place, shaking it once or twice a day for two weeks. After which you would simply strain the liquid and have the tincture on hand.

However, I like a particular recipe that I call “The Green Gecko” which utilizes gin as your base. You’ll also decarboxylate the cannabis using the previously stated jar method, and follow the infusion protocol for one week. Use about an ounce of shake per bottle of gin.

For this infusion you’ll follow the same decarboxylation process as above except you’ll want to do the infusion with organic coconut oil. This coconut oil can then be mixed with a neutral dermatological salve or cream which can be applied topically to great effect. Feel free to add other elements like vitamin E or Aloe Vera for added medical benefit.

You can also opt in to make yourself some ice hash. To make ice hash you need a series of mesh bags, typically sold in head shops, ice and buckets. You essentially will place the trim inside of the mesh bags to separate the crystals which will all collect on the lowest bag that has the thinnest threading.

Depending on the crystal profile of the trim that you have purchased, you may obtain several grams of good hash for very cheap.

Of course, in order to make the hash potent, you will want to decarboxylate this as well. In order to do this, you need to wrap the hash brick with carbon paper wrapped in some aluminum foil and place it in the oven at 180 degrees Celsius for 15 minutes.

Go ahead buy some party mulch!

With cannabis butter you can make any edibles you desire and with the green gecko you can turn any beverage into a cannabis infused beverage. If you are willing to do a little bit of work and processing at home, this article just gave you access to a highly affordable source of decent cannabis potentially near you.

Do you buy shake when you go to a dispensary? 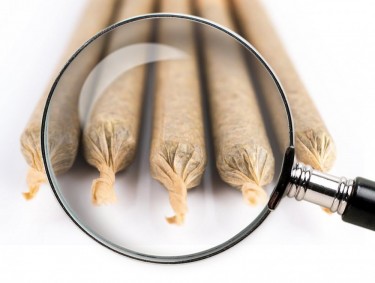 ARE PRE-ROLLS MADE FROM LOWER QUALITY PARTY MULCH?