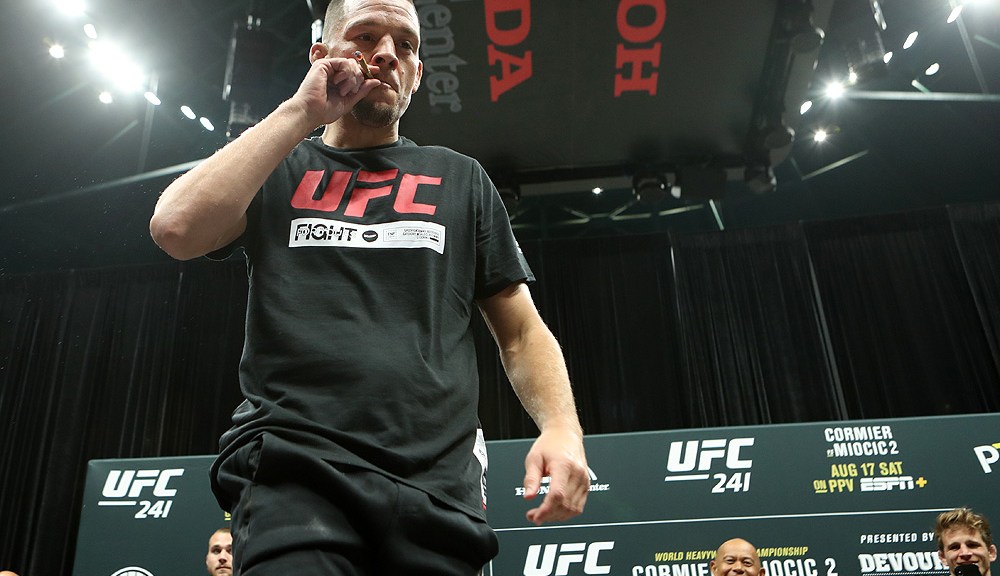 The days of fighters being slapped with hefty sanctions after testing positive for cannabis may soon be a thing of the past.

The Association of Boxing Commissions and Combative Sports (ABC) has released its latest set of recommendations, with the body’s medical advisory committee stating that the use of cannabis in combat sports athletes should be treated as a lesser offense compared to failed tests for other banned substances.

The ABC medical advisory committee recommends that state and tribal commissions adopt the following policy regarding athletes who test positive for THC over 150 ng/ml which is the approved (World Atni-Doping Agency) level.

Athlete’s second positive THC test over 150 ng/ml- fine of one hundred dollars ($100) plus the cost of the test estimated at two hundred and ninety-five dollars ($295).

Commissions should use their own discretion when issuing fines for repeat offenders, such as doubling/tripling the fine of one hundred dollars ($100) plus the cost of the test estimated at two hundred and ninety-five dollars ($295). If able, Commissions could also require multiple offenders to enroll in drug addiction treatment or counseling.

Notably, in addition to the recommendation of smaller fines for cannabis-related indiscretions, the ABC went on to state that it does not support the overturning of results based on the subsequent discovery of a failed test for the psychoactive element of cannabis, tetrahydrocannabinol (THC). It also stated the committee’s view that the substance should not be treated as a performance enhancer, and should instead be viewed as a “performance suppressor.”

The ABC’s recommendations come roughly two months after the U.S. Anti-Doping Agency, which conducts the UFC’s drug-testing program, changed its stance to say that a positive test for marijuana is no longer be considered a violation.